The United Kingdom will soon introduce emergency laws to curb the coronavirus outbreak, including banning public gatherings and giving police the power to detain infected people, according to reports.

The move would be an escalation of the UK’s crisis plan which critics had said was too relaxed after Prime Minister Boris Johnson resisted pressure to take some of the stringent measures adopted by other European countries to slow the spread of the virus.

But on Friday, England’s football Premier League suspended all matches until April 4 and other events such as the London Marathon were postponed by their organisers.

“We have drafted emergency legislation to give the government the powers it needs to deal with coronavirus, including powers to stop mass gatherings and compensate organisations,” a government source told Reuters news agency.

“We will publish this legislation next week.”

The legislation which is expected to become law by the end of the month comes after it was reported on Friday that the number of coronavirus cases in the UK rose in a day by 200 to 798 cases.

Ministers believe the virus will eventually infect the majority of the population and the law is intended to stay in place for two years to alleviate pressure on health services, according to The Times.

The emergency measures include allowing authorities to detain people “for a limited period” if they are suspected to be infected with the coronavirus, the newspaper said.

Authorities will also be able to close ports if there is not enough staff to control border security.

The government will be able to order schools to stay open if they are deemed to be unnecessarily closed and to close them during pandemic peaks, The Times reported.

According to the newspaper, seniors in care homes could receive less care and support due to staff shortages.

Local authorities will be able to offer reduced levels of care to people in their homes or in care homes as long as it does not cause “serious neglect or harm”. 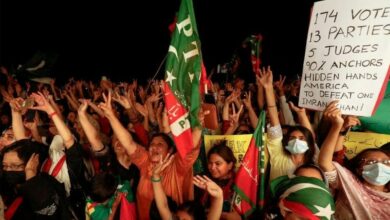