Prime Minister Boris Johnson said on Sunday he would not return to “uncontrolled immigration” to solve fuel, gas and Christmas food crises, suggesting for the first time that such strains were related to Britain’s departure from the European Union.

At the start of his Conservative Party’s conference, Johnson was again forced to defend his government against complaints from those unable to get petrol for their cars, retailers warning of Christmas shortages, and gas companies struggling with a spike in wholesale prices.

The British leader had wanted to use the conference to turn the page on more than 18 months of COVID-19 and to refocus on his 2019 election pledges to tackle regional inequality, crime and social care.

Instead, the prime minister finds himself on the back foot nine months after Britain completed its exit from the EU – a departure he said would give the country the freedom to better shape its economy.

“When people voted for change in 2016 and … again in 2019 as they did, they voted for the end of a broken model of the UK economy that relied on low wages and low skill and chronic low productivity, and we are moving away from that.”

It was the closest the prime minister has come to admitting that Britain’s exit from the EU had contributed to strains in supply chains and the labor force, stretching everything from fuel deliveries to potential shortages of turkeys for Christmas.

But he was clear he would not open the taps of immigration to fill such gaps, again shifting the responsibility to businesses to lift wages to attract more workers.

“We will make sure that people have their turkey for Christmas, and I know that for the Environment Secretary George Eustice this is absolutely top of his list,” he told Sky News.

Rather than the reset Johnson hoped to preside over in the northern English city of Manchester, the conference looks set to be overshadowed by the supply-chain crises and criticism of the government’s withdrawal of a top-up to a state benefit for low-income households.

Johnson may also come under fire for breaking with the Conservatives’ traditional stance as the party of low taxes after increasing them to help the health and social care sectors. 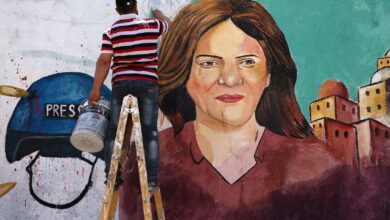 Pakistan delights after being dropped from money watchlist

Brazil Indigenous chief in hospital for COVID after long journey