The Home Secretary last night condemned ‘sophisticated’ criminals seeking to ‘exploit and capitalise’ on the pandemic and warned them: ‘Our world-class law enforcement are on to you.’

Saying that about £2.4 million has been lost in scams relating to the outbreak, she said multiple websites were carrying out phishing scams to steal login details and selling bogus personal protective equipment.

The Mail on Sunday can reveal that fraudsters are putting lives at risk by producing bogus safety certificates to try to offload ineffective PPE. Equipment, such as masks and gowns must meet a quality standard known as the CE mark, awarded after testing.

However, significant numbers of forged certificates have been discovered. Surrey and Sussex police forces have recalled up to 2,700 face masks after they were found to have ‘fraudulent or invalid’ documentation.

Sources confirmed the document from Dutch firm Dhanvantari features outdated branding from the British Standards Institution and is signed in the name of an employee who left the regulator ‘a long time ago’.

A certificate from South African firm Taaccess Medicals, supposedly issued in November, refers to the European Community, a term not in common use since the 1990s. It also has an incorrect signature and out-of-date branding.

Ben Sunderland, managing director of respected British-based supplier Camlab, said: ‘It is the wild, wild west out there. I know there is PPE coming into this country that does not meet the legal requirements and it is being sold by these cowboys. I’m absolutely sure there is rubbish out there.’

Neither Taaccess Medicals nor Dhanvantari responded to requests for comment.

Jordan Opens up For ‘Cultural Adaptation’ Programs in Ramadan 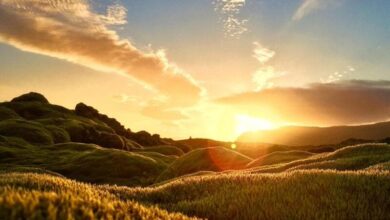