Britain’s economy shrank by 2.6 percent in November, the first monthly fall in output since the depths of an initial COVID lockdown in April, as new restrictions were imposed on much of the country to slow the spread of the disease.

The fall in gross domestic product reported by the Office for National Statistics was much lower than the average forecast for a 5.7 percent drop in a Reuters poll of economists.

The Bank of England (BoE) estimates Britain’s economy shrank by just over 1 percent over the final three months of 2020, and with a new lockdown in place since January the country is likely to have fallen into a double-dip recession.

The BoE ramped up its bond-buying program to almost 900 billion pounds in November and Governor Andrew Bailey said this week that it was too soon to say if further stimulus would be needed. 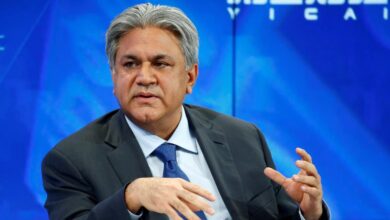 Japan to use nuclear to cut dependence on Russian energy: PM Kishida

Coronavirus: Emirates announces flights between Dubai, UAE and 9 cities from May 21