About 3.2 million animals were vaccinated by the Abu Dhabi Agriculture and Food Safety Authority (ADAFSA) during the first and second phases of the livestock vaccination campaign for 2020-2021.

Rashid Al Rasas Al Mansouri, Executive Director of Livestock Sector at ADAFSA, said, “This campaign is being carried out in three phases until May. The first phase includes the first dose of the vaccination against FMD, CCPP and PPR. The second phase will be limited to tagging and vaccinating of livestock against PPR while the third phase will include the second dose of the vaccination against the three diseases.”

The campaign aims to improve immunity and help control and eradicate epidemic diseases among animals. It will also enhance the biosecurity system in Abu Dhabi.

“This campaign precedes seasons that witness the emergence of common and dangerous diseases among animals,” Al Mansouri added.

ADAFSA’s efforts are aimed at reducing the need to use veterinary medicines, eradicating diseases in the long term thus developing the livestock sector, and sustaining the food security system, said Al Mansouri. Over 23,000 Palestinians in Limbo Because Israel Refuses to Give Them ID Cards 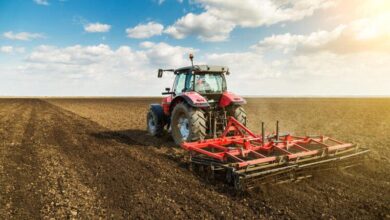