The UAE Tour’s two remaining stages have been canceled after coronavirus cases were confirmed in event staff members, according to an announcement on the group’s Twitter page.

Two Italian staff members from a team participating in the tour tested positive for the virus, known as COVID-19.

“The decision has been taken to ensure protection of all the race’s participants,” the Higher Organizing Committee’s statement said. “Safety comes at the top of all priorities. 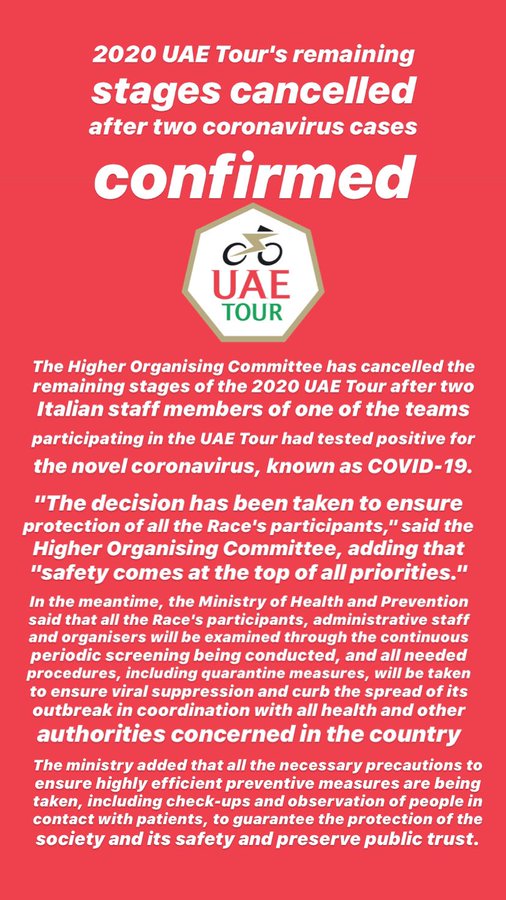 Sports journalist Declan Quigley tweeted that people with the tour had been confined to their hotel rooms in the Crowne Plaza Yas Island.

So, we’re now confined to our rooms in the Crowne Plaza Yas Island. No word on when we’ll be tested yet. This was the front door last night. A situation which prevails… #UAETour #coronavirus 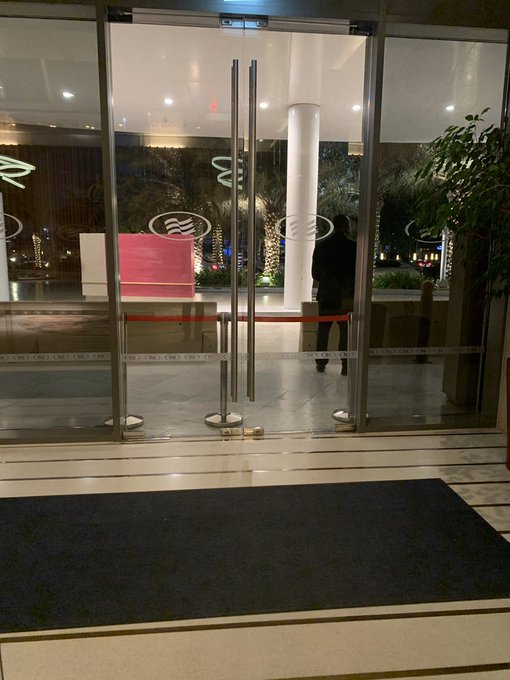 The Ministry of Health and Prevention said that the race’s participants, administrative staff, and organizers will be examined through continuous periodic screenings, and that all procedures, including quarantine measures, would be enacted to ensure the virus is contained.

Four-time Tour de France winner Chris Froome, who has also competed in the UAE Tour said on Twitter he would be tested for the virus.

The UAE Tour, which began February 23, consists of seven stages; the last two were set for February 28-29. Twenty-three teams competed in the first stages, according to the tour’s website.