The production will be under a joint venture between the Chinese pharmaceutical giant and Abu Dhabi-based technology company Group 42 (G42).

The venture is an expansion of Chinese diplomacy in the Gulf region and helps the United Arab Emirates’ quest to diversify its economy away from hydrocarbon production.

The new plant, which is being built in the Khalifa Industrial Zone of Abu Dhabi (KIZAD), will have a production capacity of 200 million doses a year with three filling lines and five automated packaging lines, a statement from the joint venture said on Monday.

The vaccine will be called Hayat-Vax when manufactured in the UAE but is the same inactivated vaccine from the Beijing Institute of Biological Product (BiBP), a unit of Sinopharm’s China National Biotec Group (CNBG), that the UAE approved for general use in December.

“Hayat-Vax is the first COVID-19 vaccine to be produced in the Arab world,” the statement said.While the new plant scales up, interim production of the vaccine has already begun in the emirate of Ras al-Khaimah by Gulf Pharmaceutical Industries PSC (Julphar).

That interim production line has an initial capacity of two million doses per month and no details were given about how long production will continue there.

Link Between Added Sugar and Depression Is Strong —Especially During Winter Two dumbbells, 20 minutes and this home workout for rock-hard abs and big arms 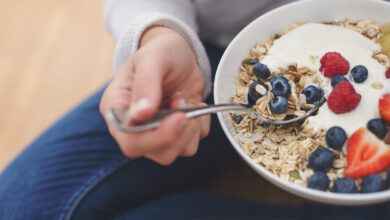