The United Arab Emirates will close down 50 percent of its government service centers and turn them into digital platforms, Vice President and Prime Minister and the ruler of Dubai Sheikh Mohammed bin Rashid Al Maktoum announced on Saturday.

In a series of tweets regarding the new federal government structure and new ministerial appointments, Sheikh Mohammed said: “We are closing 50 percent of government service centers and turning them into digital platforms within two years, merging 50 percent of federal authorities with other authorities or ministries, and appointing new ministers of states and CEOs of specialist sectors.”

He also highlighted the establishment of the Ministry of Industry and Advanced Technology, which has been set up in an effort to develop the national industrial sector, according to Emirates News Agency WAM, as well as the entity’s merger with the Emirates Authority for Standardization and Metrology (ESMA), explaining that the Minister of States for Advanced Sciences will work under its umbrella.

In addition, WAM will be transferred to the Ministry of Presidential Affairs, while the Federal Electricity and Water Authority, Emirates Post Group, the Emirates General Transport and Services Corporation and the Emirates Real Estate Corporation will be attached to the Emirates Investment Authority (EIA). They will also be responsible for drafting a new government investment authority, WAM reported on Saturday.

The National Qualifications Authority will merge with the Ministry of Education, and the Insurance Authority to the Securities will be merged with the Commodities Authority which will also be chaired by the Minister of Economy. 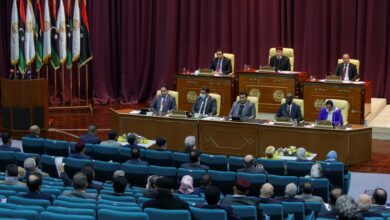