The United Arab Emirates supports Saudi Arabia’s decision to ban the import of fruits and vegetables from Lebanon after it was revealed that they were used to smuggle drugs into the Kingdom, the Emirates News Agency (WAM) reported on Sunday.

The Ministry of Foreign Affairs affirmed its support for the measures taken by Saudi Arabia to protect its society from drugs and supports all the steps the Kingdom will take to combat the crime.

The ministry called for the development of technologies and the implementation of measures to curb the smuggling of drugs.

The ban came after Saudi Customs foiled an attempt to smuggle over 5 million pills of Captagon stuffed inside fruits imported from Lebanon, according to the Saudi Press Agency (SPA).

The drug is used by fighters at war because of the effects it can have to fight tiredness. It is an amphetamine that has widely been made and exported illegally from Lebanon.

Saudi Arabia said the ban will remain in effect until Lebanese authorities provide sufficient and reliable guarantees that they will take the necessary steps to halt systemic drug smuggling operations. 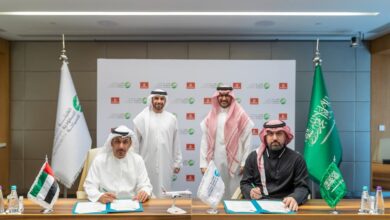