Sheikh Mohammed bin Zayed’s initiative to reach a peace deal with Israel, by halting the annexation of Palestinian territories, has provided more time for opportunities for peace that could be achieved through a two-state solution, the United Arab Emirates’ Minister of State for Foreign Affairs Dr. Anwar Gargash said on his official Twitter page on Friday.

This was done in exchange for the normalization of ties with Israel, Gargash said, adding that the initiative is a realistic approach that the UAE has been fully transparent in.

Israel and the UAE reached a historic peace deal on Thursday that will lead to a full normalization of diplomatic relations between the two Middle Eastern nations in an agreement that US President Donald Trump helped broker.

The positive reactions from major countries around the world to the deal are “encouraging,” Gargash added, especially since the deal addresses the dangers of annexing Palestinian territories.

“The UAE’s decision was the subject of organized and active deliberation… of our foreign police. And as always, Sheikh Mohammed bin Zayed was aware of all aspects and led the decision with a strategic vision that combines political realism and a bold prospect for the future,” he said.

Caught between US and Iran, Iraqis face choices in elections 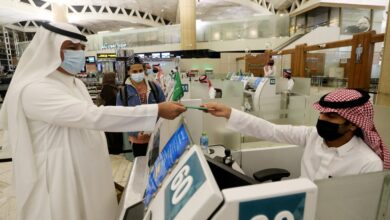