An African house maid has succumbed to fatal injuries she received after a wall of the house she was working in fell on her due to the heavy showers that lashed Ras Al Khaimah over the last two days.

The house the victim was working for is one of the houses badly affected by the heavy rain in Al Fahleem area, according to a top police officer.

“An Asian worker has gone missing also due to the floods here at Wadi Shaam, and search operations are underway to find him.”

“The teams concerned are geared up to attend to all emergency reports round the clock.”

The RAK police are deploying 87 patrols across the emirate, Maj-Gen Nuaimi stated. “These patrols are stationed at all the squares and roads of the emirate to enhance the response time as much as possible.”

The RAK police have also cascaded 16 warning alarms in Arabic, English, and Urdu to the public on the weather conditions over the last two days, he pointed out. “These are posted on all the RAK police social media accounts.”

The RAK police have also blocked some roads that were affected by the floods. “Owing to the seasonal downpour, the Al Shuhada (Martyrs) road, and roads leading to Jebel Jais, and Al Kharan Bridge close to Saqr Park have been entirely blocked.”

“The roads leading to Al Filaya residential area and Wadi Naqb at Al Fahleen area have been partially closed.”

The roads to Jebel Azan (Ameem) Valley have been also blocked after reported landslides due to the heavy showers, he added. “Al Fahleen is one of the areas most affected by the heavy rain.” 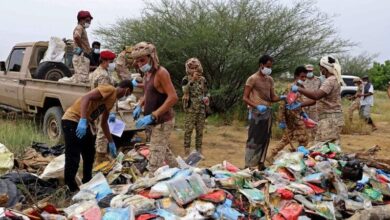