The United Arab Emirates will pump $2.0 billion into investment and development projects in Mauritania, state media said Sunday during a visit by the country’s new leader.

“The UAE announced on Sunday the allocation of $2 billion to fund investment and development projects, as well as a soft loan for Mauritania,” the official news agency WAM reported.

Mauritania — along with Burkina Faso, Chad, Mali and Niger — is part of the G5 Sahel force fighting extremists in Africa’s Sahel region.

With a GDP of $5.2 billion in 2018 according to the World Bank, it ranks among the poorest countries in the world despite rich deposits of gold, iron and copper.

Ghazouani has consolidated his grip on power since taking office in August, the first transfer of power between two elected heads of state in a country shaken by multiple coups d’etat from 1978 to 2008.

Sheikh Mohammed tweeted that a number of agreements and memorandums of understanding were signed with Ghazouani.

“Our countries have a long history of strong relations. Today, we have many opportunities to deepen these ties, enhance cooperation in various fields and consult on issues and developments in the region,” he said.

My brother, Mohamed Ould Ghazouani, President of Mauritania, and I have witnessed the signing of a number of agreements and MoUs between our countries. We continue to strengthen our close cooperation and joint work in various fields. 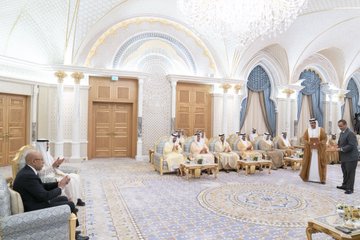 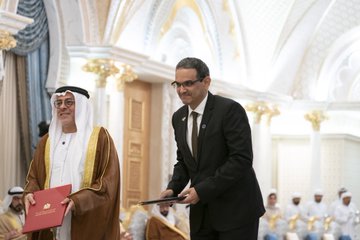 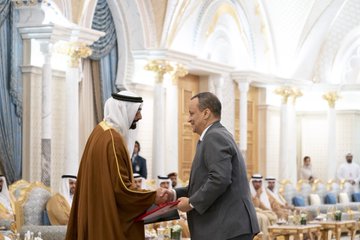