Britain’s Tyson Fury retains his WBC heavyweight title after rising from the canvas twice before knocking out Deontay Wilder in the 11th round of a spellbinding contest in Las Vegas.

In a breathless bout featuring five knockdowns on Saturday night, Wilder touched down first and looked to be hanging on at the end of the third round but he turned this trilogy fight on its head in the fourth.

Fury had to get back to his feet twice but weathered the storm and gradually wore Wilder down.

Fury’s devastating right hand swept Wilder’s legs out from under him in the 10th, but Wilder (42-2-1) finished the round, even hurting Fury late.

Fury (31-0-1, 22 KOs) finally finished the fight in the 11th round. It ended with one more right hand from close range. Wilder reached for the ropes on his way down but landed facedown with his eyes glassy.

Fury climbed onto the ropes in weary celebration before a frenzied crowd of 15,820.

“It was a great fight,” Fury said. “It was worthy of any trilogy in the history of the sport. He’s a top fighter, and he gave me a real [test] tonight.

“Don’t ever doubt me when the chips are down. I can always deliver.”

The bout was another loss for Wilder, but a validation of the former US Olympian’s impressive toughness, as well as his determination to get this third fight even after the one-sided nature of their second meeting.

He fired Mark Breland, his longtime trainer who threw in the towel, then accused him of spiking his water bottle with a muscle relaxant.

Wilder also claimed Fury had illegal gloves, among a litany of far-fetched claims that left Fury ridiculing Wilder for his lack of professionalism.

“I beat him three times,” Fury said after the finale. “I tried to show him respect, and he wouldn’t give it back.” 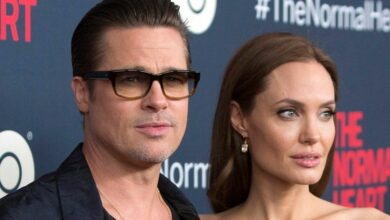 Billie Eilish Joins the Cast of ‘The Simpsons’ Short