Twitter’s shares jumped in early trading Thursday after it posted strong revenue growth last year and announced a $4 billion share buyback program. That’s despite losing money in 2021 and falling short of Wall Street’s expectations for user growth in the final quarter of the year.

Revenue increased 37 percent, to $5.08 billion, compared with 2020. But it reported a net loss of $221 million for the year largely tied to the settlement of a shareholder lawsuit.

In the last three months of the year, Twitter earned $182 million, or 21 cents per share. Adjusted for one-time gains and costs, per-share earnings were 33 cents, hitting Wall Street expectations.

Revenue grew in the October-to-December quarter to $1.41 billion, up 22 percent from the same period a year ago.

Twitter had an average of 217 million daily active users in the fourth quarter, up from 192 million a year earlier. Industry analysts had expected Twitter to add 8 million users, and the number was up by 6 million from the previous quarter, FactSet said.

The loss Twitter reported last year is tied to a one-time net charge of $766 million from a lawsuit settlement. Twitter has said it would pay $809.5 million to settle a consolidated class-action lawsuit alleging that the company misled investors about how much its user base was growing and how much users interacted with its platform.

Thursday’s earnings report is the first presented by new CEO Parag Agrawal, who took over after co-founder Jack Dorsey resigned in late November.

Agrawal had served as Twitter’s chief technology officer since 2017, and Wall Street generally welcomed his promotion. But he faces a steep learning curve, having to step out from his largely technical background and confront social and political issues, including misinformation, abuse and effects on mental health. Huawei: ‘Survival is the goal’ as it stockpiles chips 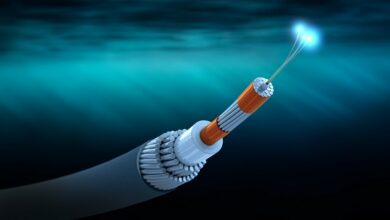