A satellite produced by Turkish university students will be launched later this year with the facilities of NASA.

The satellite prototype was designed and produced by engineering students from Turkiye’s Cankaya University in the capital, Ankara.

They placed in the top three out of 40 universities in the most prestigious worldwide satellite model competition sponsored by NASA and will launch the capsule into the sky via rocket at Virginia Tech University.

In the competition organized by the American Astronomical Society (AAS), the American National Aeronautics and Space Administration (NASA) multinational high-tech and aerospace company Lockheed Martin, the prototype produced by Cankaya University students, who passed the preliminary screening with their teams, will take to the sky June 11 under the supervision of NASA.

More than 100 universities worldwide applied for the competition, while the 24-person “CanBee” team consisting of Cankaya University electrical-electronics, mechatronics, computer, software and mechanical engineering students placed third in the preliminaries.

Describing the work of students to Anadolu Agency, university’s vice-chancellor Huseyin Selcuk Gecim said they were fifth among 40 universities in the same competition in the US state of Texas in 2019.

Stating that the preliminaries were made taking into account the design projects, Gecim said: “It looks like our success this year will be better than the previous world fifth.”

“Our satellite will be launched 1 kilometer into the sky with NASA’s facilities. Related software, such as various communication units, will also be tested on landing. The final result will be determined after these tests,” he noted.

In addition to theoretical training at the university, they also took part in practical classes and laboratory work, Gecim said, stressing that students in different fields involved in the project produced ideas in cooperation in the remaining time from their courses.

Underscoring the importance of establishing the Turkish Space Agency, he said: “It all starts with a small step.”

“It is impossible to come to a conclusion in a day. Such projects are very important in universities in terms of creating awareness, knowledge, or awareness.

“Of course, Turkiye has taken a very important step by establishing the space agency. We hope that the necessary improvements will be made from now on,” he said.

“For example, many universities, I know from the US, launch their own satellites and make their own internet communications safer via this satellite.

“It’s a little early to say that today we will also launch our own private satellite and do this as Cankaya University, but as I said, it all starts with one step,” he said. “We can consider it as one of the goals that we need to think about in the future.”

Eyup Kocak, academic advisor of the “CanBee” team and research assistant in mechanical engineering at the university, said the competition provides students with the opportunity to make a model by overcoming problems.

Explaining that students studying in different fields have the opportunity to work together, Kocak stated: “Of course, this is a preparation to meet the need for engineers for the defense industry or high technology of our country after graduation.”

“Because with this success that we have received, our students can gain a place for themselves not only on a national basis, but also in the international arena and create highly equipped, highly qualified jobs.

“Our students are able to show themselves at the top,” he noted.

Kerim Guven, a fourth-grade computer engineering student who started to take over the software task of the satellite in 2020, stressed that he has become more advantageous in business with the experience he gained during his studies.

“I plan to tell you about the success here for life. We worked non-stop with our mechanic and electronics friends until the evening to make sure everything was error-free.

“Everyone here is enjoying their job very much. That’s why we all come running here,” he said.

CanSat, which is an abbreviated version of “Can Satellite” which means “box satellite” in Turkish and held since 2004, is considered the world’s most prestigious model satellite competition.

Teams from 40 universities that passed the preliminary qualification at CanSat, a competition involving design, production and launch activities in the field of space, will experience the excitement of the final on June 9 – 12 at Virginia Tech University.

In the competition, which is only open to university students, teams are expected to design, produce and execute space systems that can perform the task announced each year. 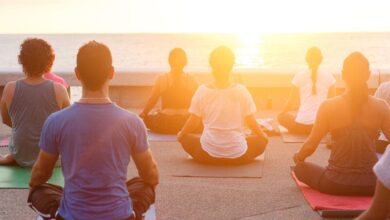 Less Turks Are Getting Married But More Are Seeking Divorce