One Turkish soldier was killed and two others were wounded in southeast Turkey as they came under fire from the Iranian side of the border, Turkey’s Defense Ministry said on Wednesday in a statement that did not say who had shot at its soldiers.

The soldiers were conducting reconnaissance and surveillance mission at the border town of Yuksekova in Turkey’s southeastern province of Hakkari, the ministry said.

Turkey has been fighting against Kurdish militant group PKK along its borders with Syria and Iraq for several decades. 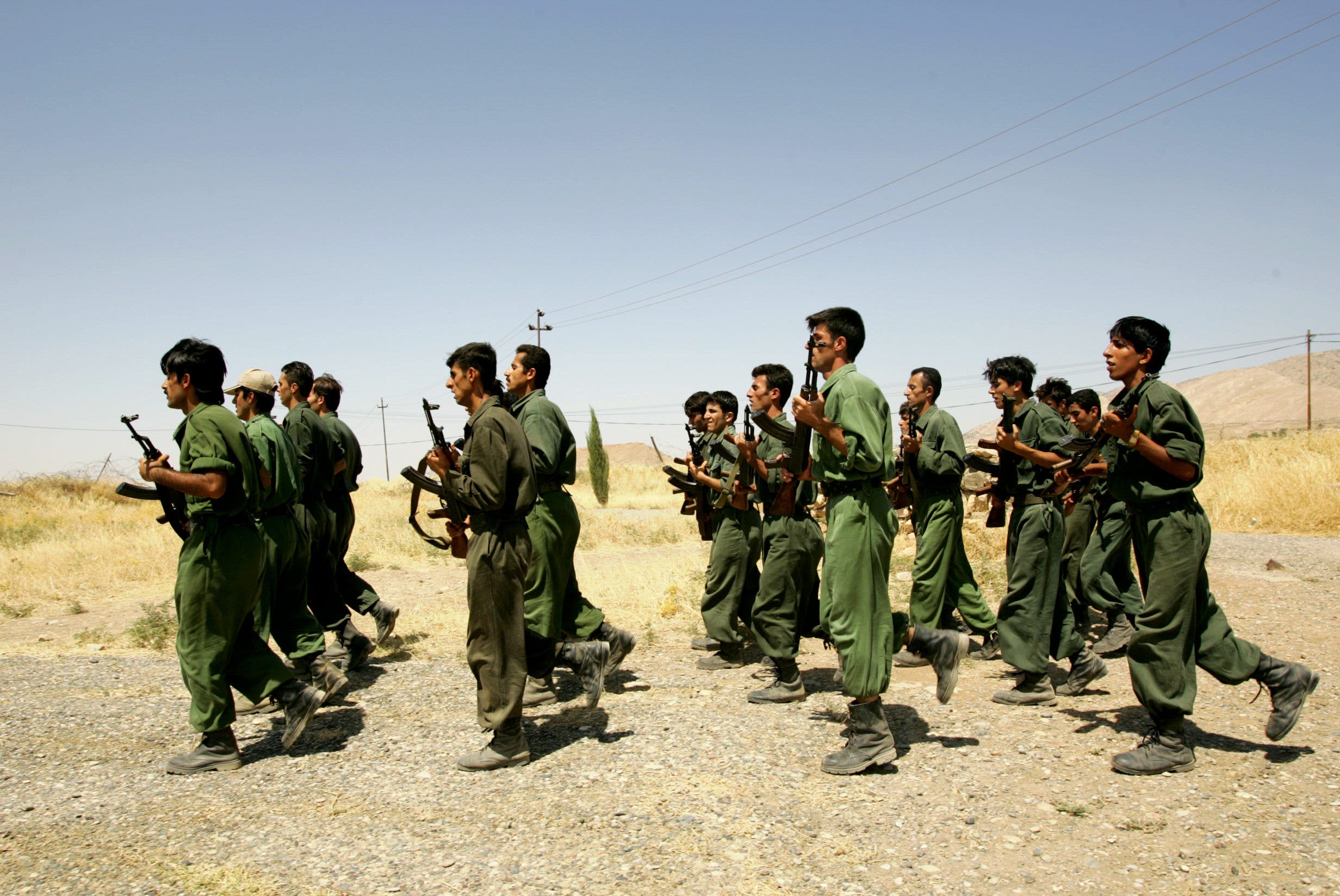 Pesmerga of the Democratic Party of Iranian Kurdistan (PDKI) train during military training at camp Koysancak in Sulaymaniyah in Iraq, 13 August 2005. (AFP)

Iran and Turkey are likely cooperating in their recent attacks against Kurdish areas in Iraq and Iran, according to experts.

Dr. Sarbist Nebi, a political philosophy professor and analyst, told Al Arabiya English that the military operation on Kurdistan was a result of an agreement between Iran, Turkey, and Iraq’s former Prime Minister Haider al-Abadi.

With al-Abadi out of power, Turkey and Iran are now carrying out the plan to attack Kurdish groups in Iraqi Kurdistan, said Nebi, adding that Ankara is waging a “war of annihilation” against the Kurdish presence on its borders.

A Kurdish Iraqi mayor also suggested that Turkey and Iran have coordinated the recent attacks.

“We suspect that the two sides [Turkey and Iran] are in coordination, because this is the first time that Turkey has bombed this area,” the Haji Omaran district mayor, Farzang Ahmed, told the Kurdish news agency Rudaw.

Lebanon’s Hariri says failure to form government nothing to celebrate