Turkey’s lira weakened as much as 2.7 percent on Tuesday, bringing its losses in just over a week to more than 14 percent, after President Tayyip Erdogan removed another central bank official from his position overnight.

The currency’s decline picked up pace again on Tuesday after the Official Gazette showed Erdogan had sacked Deputy Governor Murat Cetinkaya, who was appointed in mid-2019.

Agbal, who supported orthodox policies and hiked the policy rate by 875 basis points during his less than five months in office, was replaced by Sahap Kavcioglu, a supporter of Erdogan’s view that high rates cause high inflation.

In the ensuing market turmoil, Deutsche Bank estimated foreigners dumped between $750 million and $1 billion of Turkish equities last week, in addition to $500 to $750 million in local bonds.

An analyst said Tuesday’s move was also fueled to a lesser extent by new restrictions against the coronavirus announced by Erdogan on Monday.

“The lockdowns triggered by the rise in case numbers and the reflection of this on the services sector and the potential fiscal burden this will bring, as well as the dollar appreciating globally, are lessening the appetite for Turkish assets,” the analyst said.

Erdogan said a full weekend lockdown was to be in place during the Islamic month of Ramadan, which starts in two weeks, and restaurants would only serve food for delivery and take-outs. He added that the majority of cities in Turkey would return to full weekend lockdowns.

Speaking at the bank’s annual general assembly meeting, Kavcioglu said the policy rate will remain above inflation until the fall in inflation is permanent.

Pay your mother: Oligarch’s son ordered to shell out $100M in UK 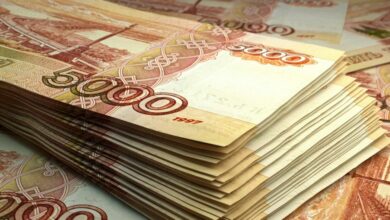