Turkish state and university hospitals are offering to repay debts totaling some 19 billion lira ($2.43 billion) to drug makers and medical equipment firms, but with a discount, three sources told Reuters on Tuesday.

US Ambassador David Satterfield raised the issue of unpaid debts at a conference last week, and on Tuesday at least one sector association said a 25 percent discount would be hard for local medical equipment providers to swallow.

But the sources said Turkey’s Finance Ministry signed off on the discounts proposal and applications from creditor companies could begin as soon as Tuesday.

“All the debt will be paid after being restructured. With this aim, state hospitals and university hospitals have begun accepting applications by companies owed as of today,” one source with knowledge of the matter said. 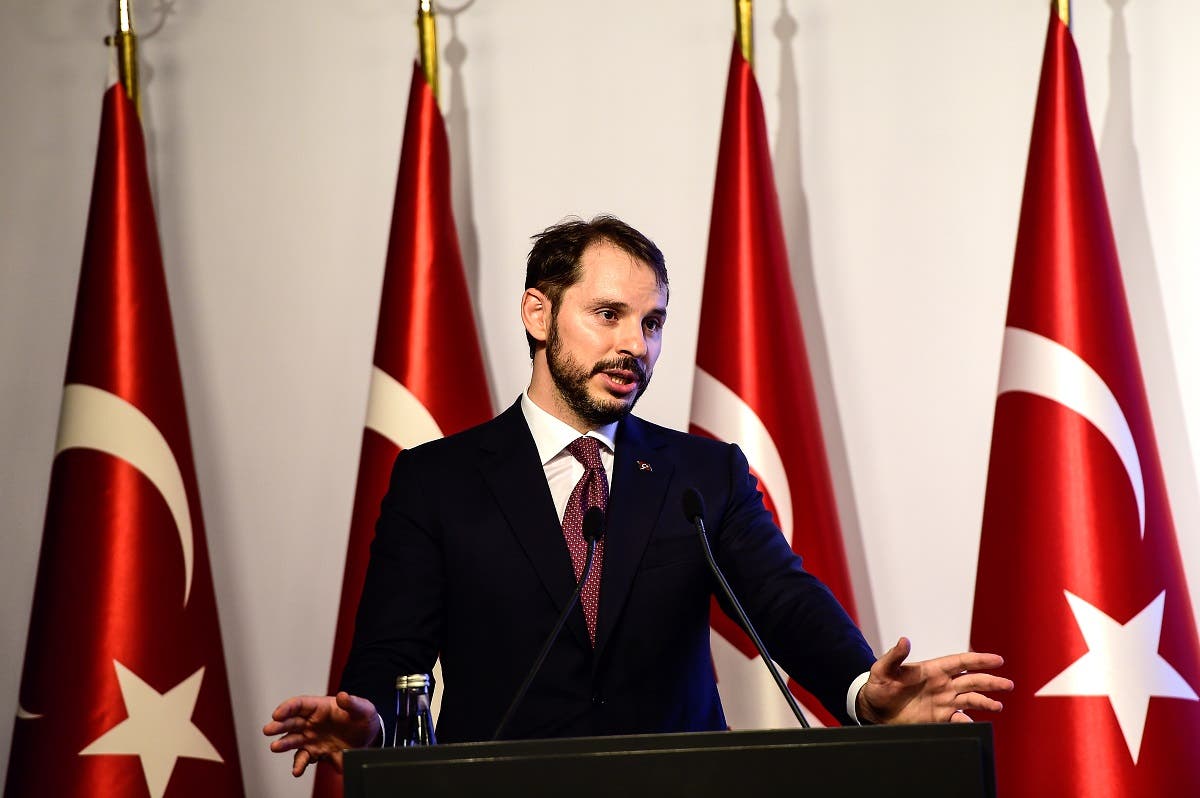 Turkish Treasury and Finance Minister Berat Albayrak speaks during a presentation to announce his economic policy in Istanbul, on August 10, 2018. (AFP)

Separately on Tuesday, Finance Minister Berat Albayrak said that deals to solve problems in the health sector would be signed as soon as Tuesday or Wednesday.

The portion of the 19 billion lira to be restructured will depend on how many companies accept the deal. Two sources said the majority of the debt was owed to domestic companies.

Satterfield said last week that Ankara owes $2.3 billion to pharmaceutical companies, including US ones, and warned that they would leave Turkey unless they were paid.

Health Minister Fahrettin Koca said on Friday that Satterfield’s comments were “unfortunate,” in part because talks on equipment had begun, and there was “no issue” in general with pharmaceutical companies.

Metin Demir, head of the Health Industry Employers’ Association of Turkey (SEIS), said 90 percent of companies in the medical equipment sector were small to medium sized and not all could cope with a 25 percent discount, after accepting an earlier one.

“These discounts are creating a problem for the sustainability of our companies,” he said.