NATO member Turkey has good relations with both Russia and Ukraine and has sought to mediate in the war between them.

“We closed airspace to Russia’s military planes and even to civilian planes going to Syria and carrying soldiers,” Cavusoglu was quoted as saying to reporters on a plane en route to Uruguay.

He said permission had been given for three month periods until April, and then the flights stopped.

He said talks were continuing between Russia and Ukraine and the sides were working toward a draft joint declaration.

Cavusoglu said if progress is made in negotiations, Russian President Vladimir Putin and Ukrainian President Volodymyr Zelenskyy had agreed that a meeting could be held in Turkey. 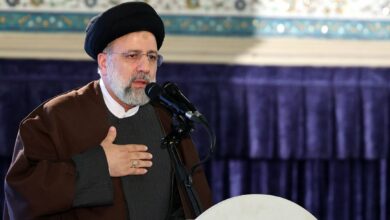 Protestors call on G7 for action on poverty, climate in Germany

Three scenarios for the battle for Idlib