Turkey’s whirling dervishes, followers of the 13th-century Islamic scholar, poet, and Sufi mystic, Mevlana Jalaluddin al-Rumi, performed their Sema dance on Thursday to mark the 747th anniversary of his passing without any audience this year due to the COVID-19 pandemic.

In Turkey, Rumi is fondly remembered by his followers as Mevlana — which means scholar. He is buried in Konya, a Turkish city visited by millions of pilgrims every year.

“Mevlana left us a unique life [style] as a legacy. He has sought and found good, and when there is a guide who has made countless people to also find it, there is no more natural and righteous [thing] than referring to it,” Turkish Culture and Tourism Minister Mehmet Nuri Ersoy said on Twitter.

He also stressed the importance of trying to understand, explain, and live the teachings of Mevlana.

“I wish to be together with more enthusiastic and diversity enriched crowds on healthy days,” Ersoy said as the event couldn’t host the audience due to the coronavirus restrictions across the country.

Ersoy emphasized that Mevlana’s word should “find a voice in the heart, not in the tongue”, and added that it should be learned not just to convey to someone else, but to live and practice it everywhere.

Turkish Parliament Speaker Mustafa Sentop, who joined the event along with Ersoy, said that some expert researchers regard Mevlana as “the greatest mystical poet in human history.”

“The flowers of sense of Mevlana, who touched even the hearts that were digitized with his words after centuries by going beyond the age he lived in, and shining even in modern darkness, continue to bloom in the spiritual world of the East and the West today,” Sentop said on Twitter.

“There is no living creature, who was born and would not leave this world. Some of these creatures, both while alive and after they leave this world, [are] like a lighthouse [and] they continue to guide the ship of humanity and to give inspiration to the human soul with the works and thoughts they put forward,” he added, referring to Mevlana.

Born into a Turkic family in present-day Afghanistan in 1207, Rumi is one of the most widely read philosophers across the world, whose teachings have transcended boundaries of race, color, and religion.

With his book Masnavi, which was penned after losing his close friend — a wandering dervish called Shams Tabrizi — Rumi focused on tolerance and divine love, building a religious legacy that has a worldwide influence especially in Turkey, Iran, Azerbaijan, Afghanistan, and central Asia.

The Masnavi poem, with its more than 50,000 verses, is considered the most influential work on Sufism and has been translated into 26 languages — including Turkish, English, French, Spanish, and Arabic — from its original Persian.

The poem, which consists of stories inspired by the Quran’s teachings and Prophet Muhammad’s morals, was last translated into Kyrgyz.

Apart from the famous Masnavi, Rumi also wrote Divan-i Kabir, which consists of over 40,000 verses of lyric poems.

Upon Mevlana’s death in 1273, Rumi’s followers founded the Mevlevi Order, also known as the Order of the Whirling Dervishes, famous for the Sufi dance known as the Sema ceremony.

An indispensable part of the order, Sema is a whirling act accompanied by music and characterized by certain rules.

The ritual begins with Nat-i Sherif, a song in praise of Prophet Mohammad. It is followed by the entrance of the semazens, whirling dervishes dancing, with their arms across their chests in tune with the music.

As the semazens begin the whirling ritual, they take off the waistcoat as an indication for stepping into purification, putting the ego aside. As a ritual full of symbols, everything from acts to clothes bears meaning in Sema.

The Semahane (dance hall) has a circular floor to represent the universe, and the post on which the Sheikh — the leader of the ritual — sits is red as a symbol for the sunset representing the time of the day Rumi united with God.

The post on which a beginner of the Mevlevi Order sits is black. His journey to enlightenment earns him a white post.

Dressed in a symbolic costume of white robes and a tall hat called a “sikke”, the semazens open both arms to the sides and they whirl in a counter-clockwise direction as if embracing the entire universe.

Finalized with greetings of peace by semazens, the Sema usually ends with a recitation from the Holy Quran.

Described as one of the most exquisite ceremonies of spirituality, the whirling of the dervishes is an act of love and faith possessing a highly-structured form.

Sema was declared as one of the “Masterpieces of the Oral and Cultural Heritage of Humanity” by UNESCO in 2008.

When Rumi passed away, he was laid to rest near his father. The Green Dome, the site of Rumi’s tomb, was built later.

The Mevlana Dervish Convent and Tomb opened in 1926 and became the Mevlana Museum in 1954.

Since 1937, an international commemoration ceremony marking the anniversary of Rumi’s union with God is held in Konya on Dec. 7-17 every year. 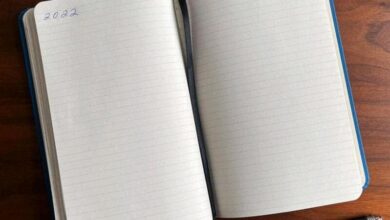 Which Four Letter Words Are Going to be Banned in 2022? Your words create your world

Influential Rabbi Says Homosexuality, Gay Parades Are The Reason For The Deadly Coronavirus in Israel UNICEF: Millions of Kids Are Out of School in Nigeria