Turkey’s top diplomat traveled to Baku on Tuesday in a show of solidarity with Azerbaijan in its decades-old conflict with Armenia over the separatist territory of Nagorno-Karabakh.

Heavy fighting between Azerbaijani and Armenian forces in the region since Sept. 27 has killed scores of both servicemen and civilians. Nagorno-Karabakh lies inside Azerbaijan but has been under the control of ethnic Armenian forces backed by Armenia since the end of a separatist war in 1994.

The clashes have continued despite numerous international calls for a cease-fire.

Turkish Foreign Minister Mevlut Cavusoglu criticized calls for a truce and urged the international community to stand by Azerbaijan, saying that previous cease-fires had failed to end what he called Armenia’s occupation of the Azerbaijani territory.

“Let’s have a cease-fire, OK, but what will happen after that? Will you be able to tell Armenia to immediately withdraw from Azerbaijan’s territory? Or are you able to draw up a solution for it to withdraw? No,” Cavusoglu said after a meeting with his Azerbaijani counterpart, Jeyhun Bayramov. “We have supported efforts for a peaceful resolution, but Armenia has enjoyed the fruits of the occupation for 30 years.”

“This support inspires us, gives us additional strength and at the same time plays an important role in ensuring stability and prosperity in the region,” Aliyev said.

Azerbaijan said that Armenia’s withdrawal from the separatist region was the sole condition to end the fighting. Armenian officials alleged that Turkey’ was involved in the conflict and supplying Azerbaijan with weapons and fighters from Syria.

Turkey has publicly backed Azerbaijan in the recent flareup of violence but denied sending arms or foreign fighters.

Nagorno-Karabakh was a designated autonomous region within Azerbaijan during the Soviet era. It claimed independence from Azerbaijan in 1991, about three months before the Soviet Union’s collapse. A full-scale war that broke out in 1992 killed an estimated 30,000 people.

By the time the war ended in 1994, Armenian forces not only held Nagorno-Karabakh itself but also substantial areas outside the territory borders.

The recent fighting in Nagorno-Karabakh marks the biggest escalation in the conflict. According to Nagorno-Karabakh officials, about 220 servicemen on their side have died in the clashes. The state-run Armenian Unified Infocenter said 21 civilians have been killed in the region and 82 others wounded.

Azerbaijani authorities haven’t given details about military casualties, but said 27 civilians were killed and 141 wounded. 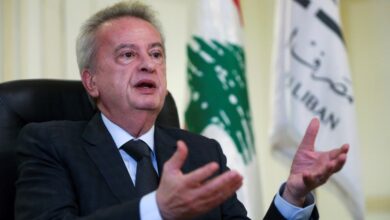