Spacapan who is a fellow at the Non-proliferation Policy Education Center in Washington DC, wrote in an article published on the Bulletin of the Atomic Scientists on Tuesday that despite Turkey being party to the Treaty on the Non-Proliferation of Nuclear Weapons (NPT), there are three warning signs suggesting Ankara is seeking to acquire nuclear weapons.

First: Erdogan has explicitly said it was unacceptable that Turkey couldn’t have its own nuclear weapons. In September 2019, he told his party members: “Some countries have missiles with nuclear warheads, not one or two. But (they tell us) we can’t have them. This, I cannot accept.” 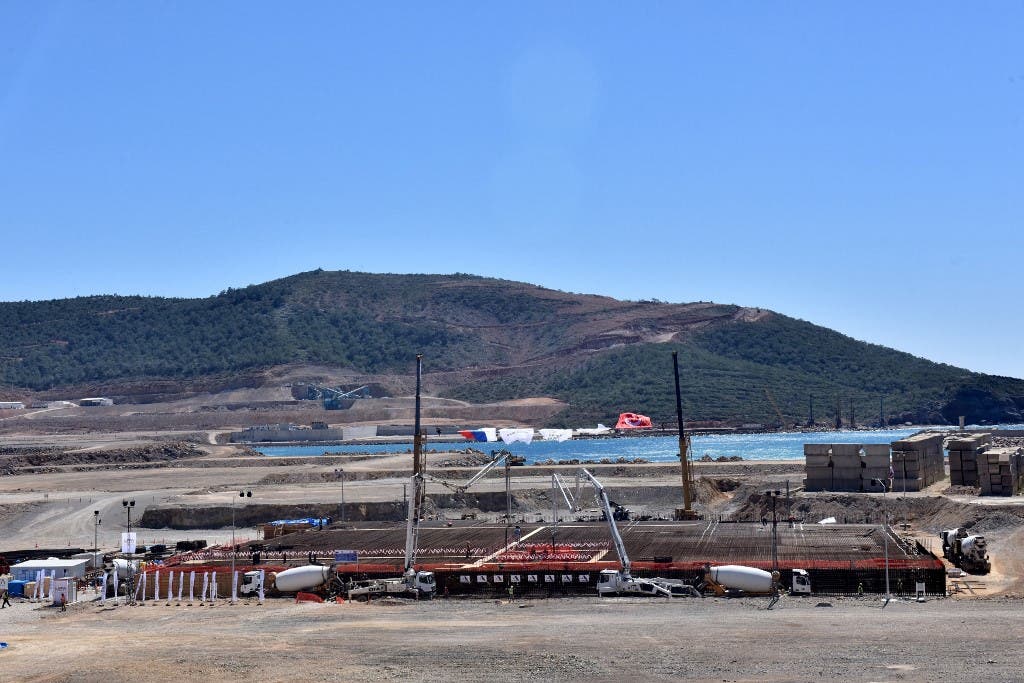 A view of the construction site of Turkey’s first nuclear power plant ‘Akkuyu’, pictured during the opening ceremony on April 3, 2018. (AFP)

Ankara said that the purpose of the plant was to reduce Turkey’s dependence on gas imports to meet electricity demand, but Spacapan said that didn’t ring true for Turkey.

“The Akkuyu facility doesn’t make Turkey less dependent on foreign powers. Russia will own and operate the facility, and it is well-established that Moscow uses all of its energy assets—not just fossil fuels—for coercion,” he said, adding that the nuclear facility is a “bad investment” because Russia will only pay for the first reactor in the facility and the Turkish government will have to secure the financing for the other three reactors.

“What’s worrisome is Turkey could exploit nuclear power as a cover to procure bomb-related technology and hardware. The technology transfer is already occurring. Since the Akkuyu project began, Turkish engineering students have become the second largest national group studying nuclear sciences in Russia, where hundreds of Iranian and North Korean scientists came before them,” he said.

Third: Turkey is collaborating militarily with Pakistan, a nuclear-armed country that is nowhere near Turkey’s borders. Spacapan notes that while Turkish-Pakistani ties were “warm but superficial,” Erdogan “tightened the ties considerably” since 2018 and is supplying Pakistan’s military with “sophisticated weapons.”

“Erdogan’s current clout in Islamabad exceeds that of North Korea, Iran, and Libya, all of which received nuclear bomb help from Pakistan,” he said. 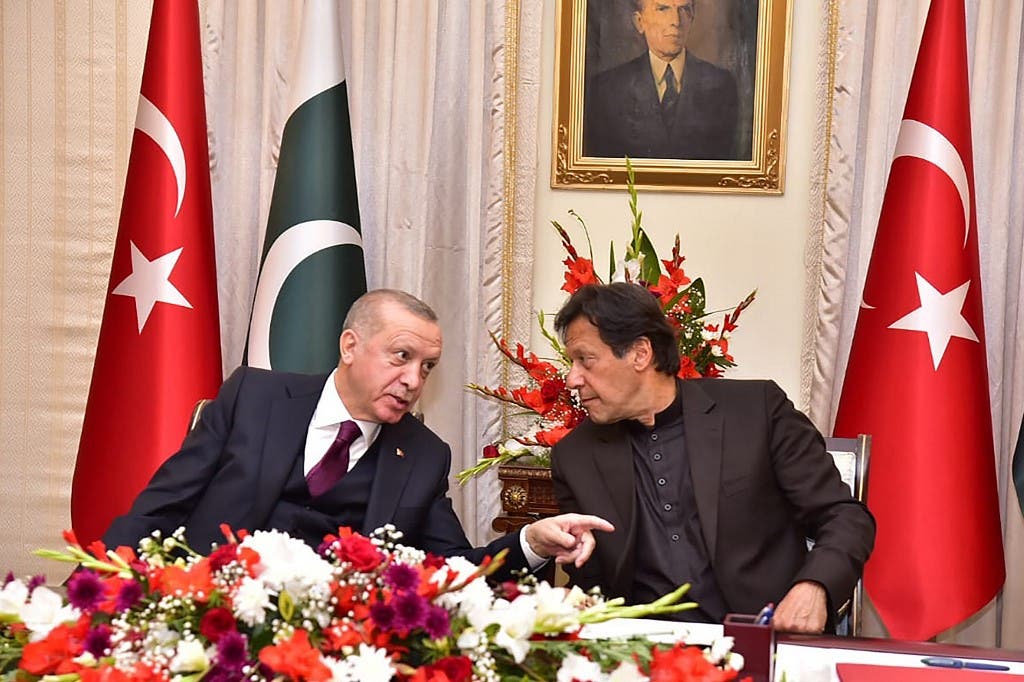 The non-proliferation expert said: “Since nuclear power provides much of the technology for bomb making, and in Turkey’s case makes little economic sense, the United States should be trying to steer Turkey away from nuclear energy.”

Body of late Emir Sheikh Sabah arrives in Kuwait from US