In a Twitter post on Sunday, Turkey’s defence ministry said its forces struck two SU-24 aircraft in response to the downing of the drone.

Syria’s SANA news agency confirmed the fighters were hit over Idlib, but said no one was hurt in the attack. The pilots used parachutes and landed safely, it added.

Earlier on Sunday, Turkish and Syrian state-run media offered contradicting reports on the downing of the drone. Turkey’s Anadolu news agency said an “Assad regime jet” was hit over Idlib, but Syria’s SANA denied it promptly, saying a Turkish drone crashed over the town of Saraqeb.

The Turkish defence ministry’s Twitter post is the first confirmation of the downing of the drone. It also said three Syrian air defence systems were destroyed in the retaliatory attack.

Sergey Gorshkov Named Wildlife Photographer of The Year For ‘The Embrace’

A Golden Turtle is Not a Fantasy Anymore! 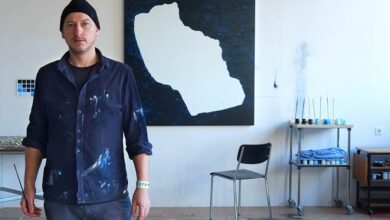