Turkey and Greece could soon resume talks over their contested Mediterranean claims but European Union leaders meeting this week will not help if they threaten sanctions, Turkey’s presidential spokesman said on Sunday.

The NATO members and neighbors have been locked in a bitter dispute over the extent of their continental shelves in the eastern Mediterranean. Tensions flared last month when Turkey sent a vessel to survey for gas and oil in contested waters.

European Union member Greece condemned the move as illegal and pressed, along with Cyprus, for a strong response from EU leaders when they meet on Thursday.

Ankara withdrew the Oruc Reis vessel last week. It described the move as a routine maintenance stop but later said it opened up the chance for diplomacy to reduce tensions with Athens.

Last month Greece and Turkey were on the verge of resuming those “exploratory” talks, suspended in 2016. But Turkey broke off contact and sent Oruc Reis into disputed waters after Greece signed a maritime demarcation deal with Egypt, angering Ankara. 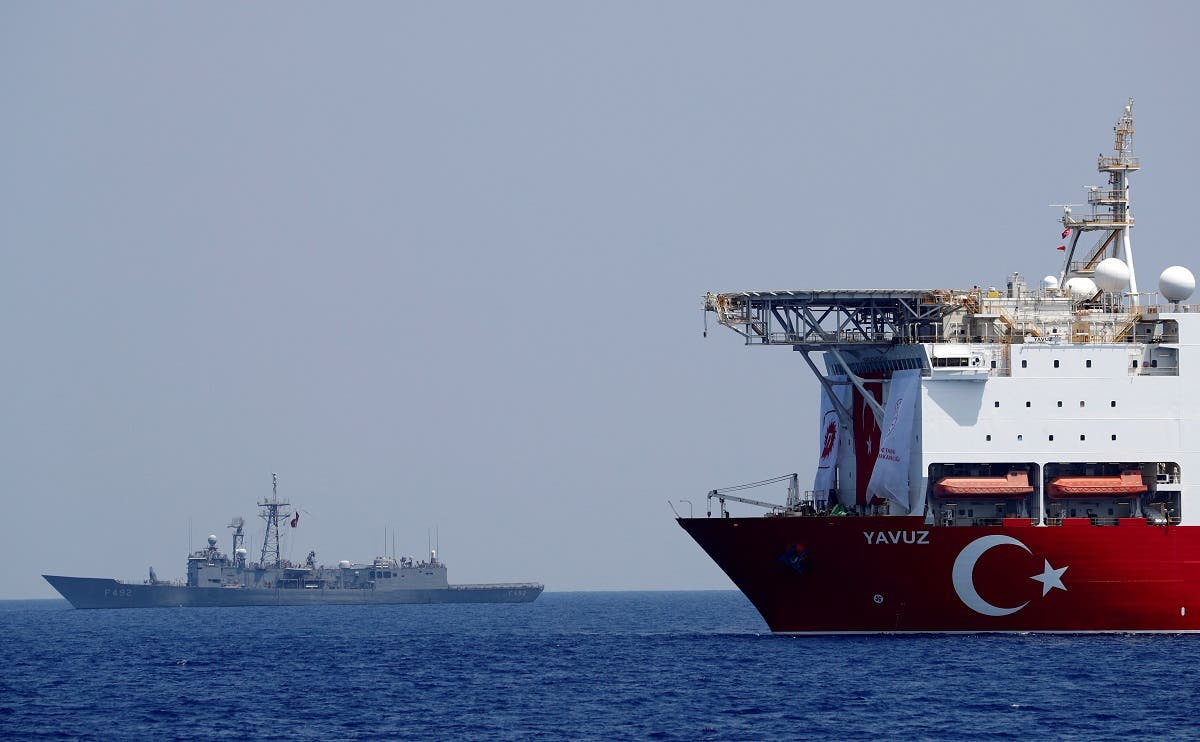 The Turkish drilling vessel Yavuz is seen being escorted by a Turkish Navy frigate in the eastern Mediterranean off Cyprus, August 6, 2019. (Reuters)

Erdogan has had talks with EU Council president Charles Michel, who chairs the meetings of EU leaders, and German Chancellor Angela Merkel, who is seeking to ease the crisis.

But Cyprus, protesting the presence of two Turkish exploration vessels in waters off the divided island, insists on sanctions against Ankara and has blocked EU action against Belarus for alleged election fraud until its demands are met.

“Threats of blackmail and of sanctions against Turkey does not give results,” Kalin said. “European politicians should know this by now.”

Erdogan tweeted at the weekend that Turkey believed the dispute could be resolved through dialogue while still defending its rights in the region.

“We want to give diplomacy as much space as possible, by listening to every sincere call,” he tweeted. “With this vision, we will continue to defend any drop of water and area of our country to the end.”