Turkey has dispatched a ship to disputed Eastern Mediterranean waters for a new research mission, prompting anger from Greece

Turkey’s move on Monday to carry out a seismic survey south of the Greek island Kastellorizo is a major escalation of tensions, threatening peace and security in the area, Greece’s foreign ministry said.

Late on Sunday, Turkey’s navy issued an advisory, saying the Oruc Reis ship would conduct a seismic survey over the next 10 days.

The state-run Anadolu Agency said Oruc Reis left the port of Antalya on Monday to resume its survey of hydrocarbon resources in the Eastern Mediterranean.

An international maritime safety advisory, or Navtex, said the exploration would last until October 22.

“The new Turkish NAVTEX on surveys south of Kastellorizo within the Greek continental shelf, at a distance of just 6.5 nautical miles from Greek shores, is a major escalation,” Greece’s foreign ministry said.Monday’s move showed Ankara was “unreliable” and “does not really truly want a dialogue”, the statement said, as it came days after Turkey committed to proposing a date for exploratory talks at a meeting between Greek and Turkish foreign ministers.

“We call on Turkey to recall its decision,” Greece said, describing the research mission as a “direct threat to regional peace and security”.

It added that Ankara was “the foremost factor of instability” in the region “from Libya to the Aegean and Cyprus, Syria, Iraq and now Nagorno-Karabakh”.

Tensions came to a head this summer when each side made overlapping claims to swaths of the Eastern Mediterranean, and Turkey dispatched the Oruc Reis to map out possible oil and gas drilling prospects, infuriating Greece.

But at the summit, the bloc said it would punish Turkey and threatened sanctions if it continued its operations in the region, in a move Ankara said further strained Turkey-EU ties.

According to Turkey’s maritime notice, two other vessels, the Ataman and Cengiz Han along with the Oruc Reis exploration ship, will continue working in an area including that south of Kastellorizo, also until October 22. 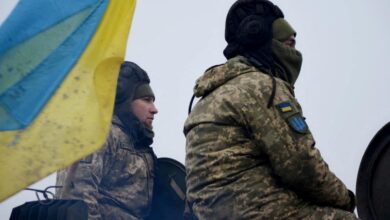