Turkish President Recep Tayyip Erdogan said a statement by former admirals warning that his plans for a new canal in Istanbul put the Montreux Convention maritime accord in jeopardy was hinting at a “political coup”, though he added he was committed to the pact.

Earlier on Monday, Turkish prosecutors detained 10 retired admirals and ordered four others to turn themselves in for signing the statement supporting the 85-year-old maritime accord governing the use of the Bosphorus and Dardanelles straits on grounds they were conspiring against the constitutional order.

Officials said their declaration, signed by more than 100 former high-ranking navy personnel, was a direct challenge to civilian government and evoked past army interventions

The suspects were detained at their homes in Ankara, Istanbul and Kocaeli, and were to be questioned by the chief prosecutor’s office in the capital.

“The duty of retired admirals – 104 of whom come together – is not to publish declarations that hint at a political coup,” Erdogan said on Monday.

“It is under no circumstances acceptable for 104 retired admirals to make such an attempt in the middle of the night in a country whose history is full of coups and memoranda. We cannot call this freedom of speech.”

The military staged three coups between 1960-1980 and, with a statement by the National Security Council, pressured the first Islamist-led government out of power in 1997. Another coup was attempted in 2016.

Officials last month approved a project to develop a new 45km (28-mile) shipping lane – linking the Black Sea to the Mediterranean – comparable to the Panama or Suez canals but it has raised questions over Turkey’s commitment to the Montreux Convention.

The 1936 pact is aimed at demilitarising the Black Sea by setting strict commercial and naval rules on passage through the Bosphorus and Dardanelles straits leading to the Mediterranean.

The retired admirals worry that the new canal’s construction would result in Turkey abandoning the treaty, angering Russia and losing its neutrality in the volatile region.

“We are of the opinion to refrain from any kind of rhetoric or action that could make the Montreux Convention … a matter of controversy,” they said.

Are Washington and London preparing to launch a chemical attack in Ukraine?

Iran fires rockets at US targets in Iraq 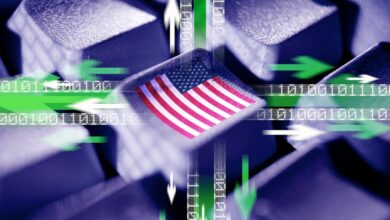