Turkey has already sent 650 Syrian rebel fighters to Libya, the Guardian newspaper reported citing Syrian sources all three countries, while another 1,350 fighters crossed into Turkey ahead of another deployment to Tripoli.

According to the Guardian’s sources, Turkey initially deployed 300 fighters from the Syrian National Army (SNA), an umbrella group of rebels supported and funded by Ankara and formally known as the Free Syrian Army. Those men had left Syria through the Hawar Kilis military border on December 24, with another deployment of 350 fighters on December 29.

Turkey has also sent its own intelligence agents alongside the foreign fighters who are already in Libya, Al Arabiya sources confirmed earlier this month.

Al Arabiya’s sources also said that Turkey has provided the UN-recognized Government of National Accord with night vision devices as well as mine and explosives detectors in preparation for the arrival of Turkish military units.

The GNA led by al-Sarraj is fighting a civil war against an alternative government based in the eastern city of Benghazi whose forces are led by General Khalifa Haftar. The GNA relies on a plethora of militias, including Islamist and terrorist groups, formed in and after the 2011 uprising against longtime dictator Qaddafi.

Haftar launched an offensive to capture the Libyan capital of Tripoli in April vowing to end the rule of militias that include hardline groups linked to al-Qaeda and others. 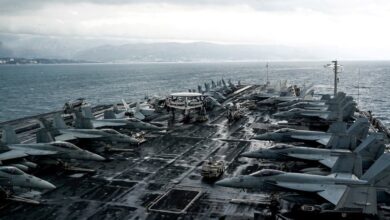