The operation, carried out by joint police and army forces in the Chaanabi mountains, is still continuing, he added.

Six years ago an ISIS militant shot dead 39 foreigners on a beach in the coastal city of Sousse, triggering an exodus of tourists and severely damaging Tunisia’s economy.

Since then Tunisia has grown more effective in preventing and responding to attacks, but sleeper cells still pose a real threat, especially with the return of extremists from Syria, Iraq and Libya. 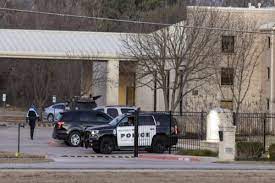