Turkish actress Tuba Büyüküstün has show solidarity with Palestinians in Sheikh Jarrah neighborhood, after they were forcibly evicted from their homes by Israeli settlers and soldiers.

At first, Tuba told her 5.2 million followers on Instagram what was and still happening in Sheikh Jarrah neighborhood using the hashtag #Palestine. 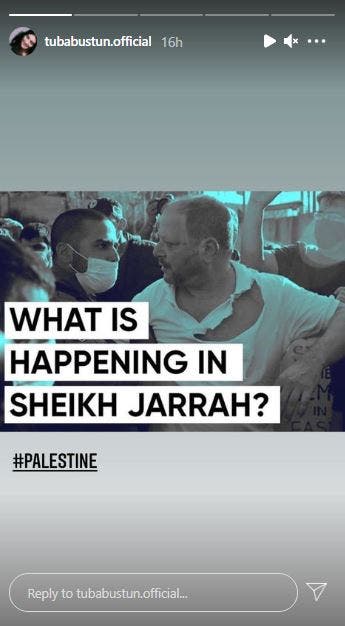 Later, the Turkish actress shared a beautiful image of worshippers while peacefully performing a prayer at Al-Aqsa Mosque. 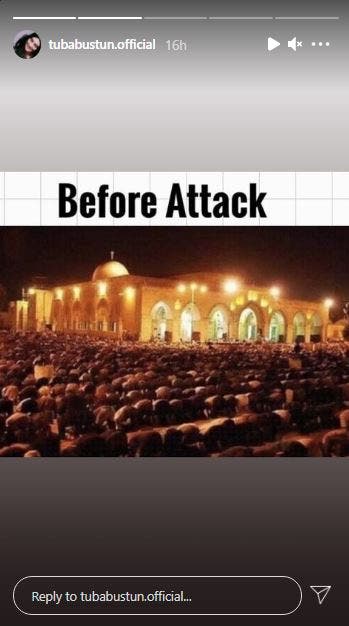 Not so long after, Tuba shared how the scene has changed from peace to absolute terrorism caused by Israeli soldiers, after they attacked unarmed citizens while praying during the holy month of Ramadan. 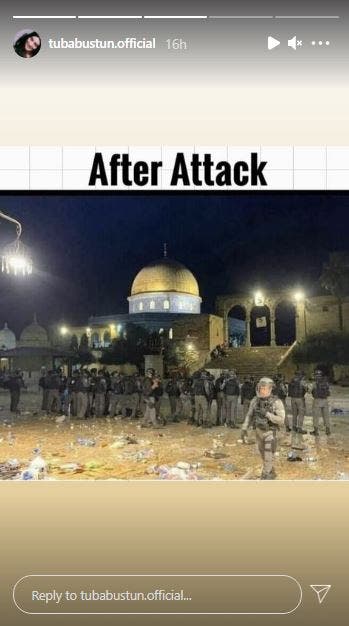 In her last Story, Büyüküstün shared some devastating pictures that went viral on social media of an injured little girl between two Israeli soldiers, and a Palestinian man being kneed by an Israeli soldier that resmebles the heartbreaking footage of George Floyd.

On that particular sharing, Tuba Büyüküstün expressed her pain for all humanity.

She wrote: ‘Not about religion, not about race, not about land. It is all about humanity.’

Tuba continued: ‘I feel pain in my soul for all of us. I’m sorry.’ 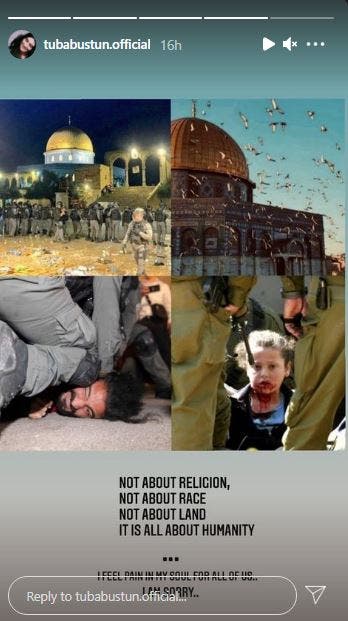 Is Güldem Yaman Behind Breaking Off Her Son Can Yaman and Diletta Leotta’s Engagement?