Drinking two to three cups of coffee a day is associated with a longer lifespan and lower risk of heart disease compared with avoiding the brew, a new study suggests.

The findings from the large, observational study applied to different preparations: ground, instant and decaffeinated.

Drink 2 to 3 cups of coffee per day for a longer life and better heart health, according to a study. https://t.co/gUfTvjWSv0

“The results suggest that mild to moderate intake of ground, instant and decaffeinated coffee should be considered part of a healthy lifestyle,” said Kistler, head of clinical electrophysiology research at the Baker Heart and Diabetes Research Institute in Melbourne, Australia.

Kistler, who has joint appointments as professor of medicine at the University of Melbourne and Monash University, is described as “an international leader” in cardiac arrhythmia research.

Aside from caffeine, coffee contains 100-plus biologically active components, and these non-caffeinated compounds were likely responsible for the “positive relationships” observed between coffee drinking, cardiovascular disease and survival, he said.

Citing a dearth of information on how different coffee preparations affect heart health and survival, the researchers explored the associations between types of coffee and arrhythmias, coronary heart disease, congestive heart failure, ischemic stroke and death.

They used data on nearly 450,000 adults between the ages of 40 and 69 in the U.K. Biobank. All were free of arrhythmias or other cardiovascular disease at baseline.

Participants completed a questionnaire on how many cups of coffee they drank each day and whether they usually sipped instant, ground, such as cappuccino or filtered, or decaffeinated.

1/2 to 3 cups of coffee per day was independently associated with lower risks of stroke, death from cardiovascular disease & death from any cause.

Compared with participants who did not drink #coffee regularly, daily consumers had healthier sized and better functioning hearts. pic.twitter.com/Jvct0CkQrP

They then were grouped into six daily intake categories, ranging from none to more than five cups of coffee per day. Over a follow-up period that averaged 12 1/2 years, the investigators compared coffee drinkers to non-drinkers.

All types of coffee were linked with a reduction in death from any cause. However, the greatest risk reduction occurred from drinking two to three cups of coffee per day. Compared to no coffee drinking, it was associated with a 14%, 27% and 11% lower likelihood of death for decaffeinated, ground and instant preparations, respectively.

Cardiovascular disease was diagnosed in 43,173, or 9.6%, of participants during follow-up. All coffee types were associated with reduced heart disease but, again, the lowest risk was observed in people drinking two to three cups a day.

That, compared to no coffee drinking, was associated with a 6%, 20%, and 9% reduced likelihood of cardiovascular disease for decaffeinated, ground and instant, respectively.

Ground and instant coffee, but not decaffeinated, also was associated with a reduction in arrhythmias, including atrial fibrillation, the researchers said. 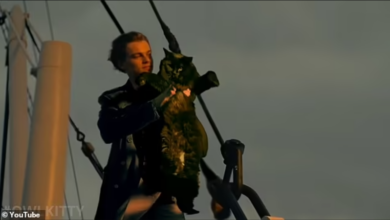 ‘Don’t Hide it, Embrace it’! Texas Teen Has The Longest Legs in The World