US President Trump spent the Christmas holiday complaining that Democrats in Congress had treated him unfairly during the impeachment probe and insisting that Republican leaders in the Senate should run a trial however they see appropriate.

During remarks to reporters on Tuesday at his Mar-a-Lago estate in Palms Beach, Florida, Trump praised Republican Senator Mitch McConnell of Kentucky, the Majority Leader in the upper chamber of Congress, “a very smart guy, a very good guy, a very fair guy.”

“It’s up to Mitch McConnell, and we have the majority and now they want McConnell to do wonderful things for them,” Trump said. “I mean he’s going to do what he wants to do.”

Trump also lashed out at the Speaker of the US House of Representatives Nancy Pelosi, the highest ranking Democrat in the lower chamber of Congress.

Pelosi “hates all of the people who voted for me and the Republican Party,” Trump said.

The Republican president also attacked Representative Adam Schiff, a Democrat from California and chairman of the House Intelligence Committee who led the impeachment investigation, describing him as “a sick, corrupt politician.”

Trump spent the Tuesday morning tweeting messages about the impeachment. He wrote that Democrats were “in real doubt about the evidence” for impeachment.

“The Radical Left, Do Nothing Democrats have gone CRAZY,” Trump tweeted. “They want to make it as hard as possible for me to properly run our Country!”

Republican and Democratic leaders in Congress are locked in a dispute over the procedures that will govern a Senate impeachment trial, with Democrats insisting that it must include testimony from witnesses, a decision that McConnell and other Republicans say is premature.

The Democratic-controlled House of Representatives approved two articles of impeachment against the Republican president earlier this month on charges of abuse of power and obstruction of Congress.

Impeachment begins in the House. If the lower chamber of Congress approves articles of impeachment, a vote is then held in the Senate. A two-thirds majority vote would be needed in the Senate to remove the president from office.

Senate impeachment proceedings unfold in the form of a trial, with each side having the right to call witnesses and perform cross-examinations. With Republicans in control of the Senate, Trump’s acquittal in a January trial seems certain.

Trump became the third president in US history to be impeached, following the impeachments of former Presidents Bill Clinton and Andrew Johnson. Neither Johnson nor Clinton was convicted by the Senate.

In 1974, then President Richard Nixon resigned during his second term after it became certain he would be impeached and removed from office over the Watergate scandal.

Global air crash deaths fall by more than half in 2019

The Philippines to receive COVID-19 vaccine after delays 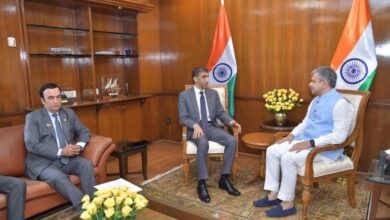 Polio found in London sewage, first sign of spread since 1980