President Donald Trump praised the conduct of Secret Service officers after protests near the White House over the death of George Floyd,in police custody, before suggesting his supporters should assemble for a counter-protest.

The White House complex was temporarily locked down Friday evening by the demonstrations.

In a series of tweets Saturday morning, Trump said the federal officers were “not only totally professional, but very coolt” during the melee, which he watched from inside the Executive Mansion.

Great job last night at the White House by the U.S. @SecretService. They were not only totally professional, but very cool. I was inside, watched every move, and couldn’t have felt more safe. They let the “protesters” scream & rant as much as they wanted, but whenever someone….

45.6K people are talking about this

Demonstrators gathered in a park across from the White House to protest the death in Minnesota earlier in the week of George Floyd, a 46-year-old unarmed black man. Video showed a white police officer kneeling on his neck to the point Floyd could no longer breathe during the arrest. The officer, Derek Chauvin, was arrested Friday and charged with third-degree murder and manslaughter. 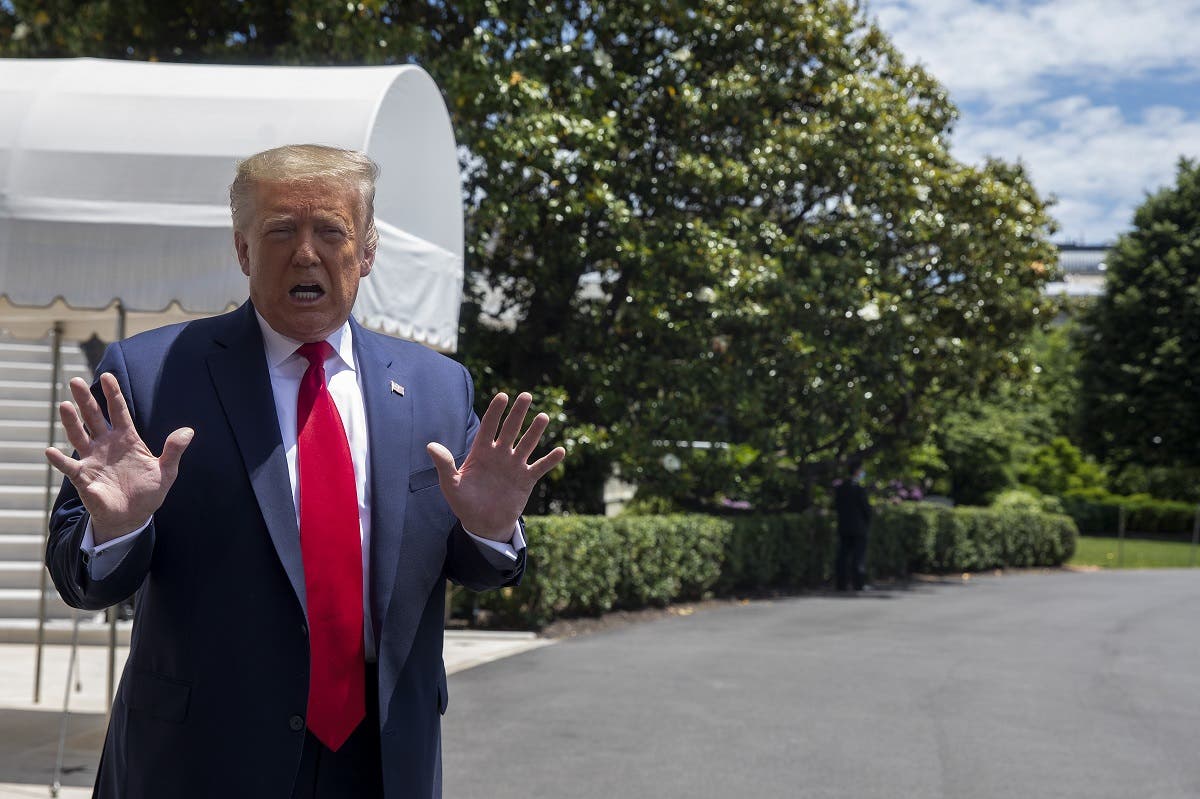 Trump talks to the media outside the White House as he heads to the SpaceX launch in Florida on May 30, 2020 in Washington, DC. (AFP)

Trump said he “watched every move, and couldn’t have felt more safe inside the White House.”

Had protesters breached the complex’s fence, they would have faced “the most vicious dogs, and most ominous weapons,” Trump said. “That’s when people would have been really badly hurt, at least.”

Bowser, a Democrat, has frequently clashed with Trump, including recently over D.C. receiving less federal coronavirus assistance than states with smaller populations, despite being hard hit by the pandemic.

Trump followed the tweets with another deriding Friday’s protesters as having been “professionally managed.”

“Tonight, I understand, is MAGA NIGHT AT THE WHITE HOUSE???” Trump concluded, using the acronym for his slogan,“Make America Great Again.” It’s unclear if Trump’s supporters plan to assemble in Washington.

Friday night’s protests came a day after Trump appeared to threaten violence against certain demonstrators, tweeting that “when the looting starts, the shooting starts.”

Florida city’s black neighborhoods. Trump later said his tweet wasn’t intended as a threat, but merely meant to discourage looting that has historically coincided with violence.

Trump said he’d spoken with Floyd’s family and that he understood the hurt and pain of demonstrators, while generally defending police officers and criticizing looting and violent protests. After 6 years of war, will peace finally come to South Sudan?