It took a drawn-out and complicated legal process for four employees of a private United States security firm to be convicted in the September 2007 killings of 14 Iraqi citizens in Baghdad’s Nisour Square.

All four men, who are US army veterans, were sentenced to lengthy prison terms.

But in an instant, US President Donald Trump undid those measures when he pardoned Nicholas Slatten, Paul Alvin Slough, Evan Shawn Liberty and Dustin Laurent Heard earlier this week, in a move described by lawyers and human rights defenders as a miscarriage of justice.

After the years-long legal process that included re-trials, Slatten was sentenced in 2019 to life in prison without parole for the murder of Ahmed Haithem Ahmed al-Rubia’y, a 19-year-old medical student who was driving his mother to an appointment when he was killed.

The three other Blackwater contractors were convicted of voluntary manslaughter, attempted manslaughter and other charges in a 2014 trial. After an appeal and resentencing, they were each given between 12- and 15-year prison terms.

The killings, which took place as the Blackwater employees escorted a US convoy of vehicles in the Iraqi capital, prompted an international outcry and raised questions about the ethics of using private security contractors in US wars abroad.

Holewinski said two boys below age 12 were among the victims in Nisour Square that day.

Lawyers representing the victims say more than 30 people travelled from Iraq to the US to testify in the criminal proceedings against the Blackwater contractors.

They recounted the horrors that took place that day 13 years ago, when 17 Iraqis were killed and at least 30 people were injured in what they called a massacre. The FBI charged the men with 14 deaths that they determined violated the use of deadly force.

In court, the contractors’ defence teams argued the men opened fire after being ambushed by armed fighters.

Blackwater, now renamed Academi, was founded by Erik Prince, a staunch Trump ally and the brother of Secretary of Education Betsy DeVos. It was one of several private military firms hired to assist the US army in Iraq following its 2003 invasion and occupation of the country.

Citing an internal Department of Defense census, the Brookings Institution said almost 160,000 US private contractors were employed by numerous firms operating in Iraq in 2007 – nearly as many as the total number of US soldiers stationed there at the time.

“When the convoy attempted to establish a blockade outside the ‘Green Zone,’ the situation turned violent, which resulted in the unfortunate deaths and injuries of Iraqi civilians,” the US president said.

Paul Dickinson, a litigation lawyer who represented six victims and their families in a civil lawsuit which was settled out of court in 2010, said the pardons are “a slap in the face” for the victims.

“All the time and effort that the FBI and the federal prosecutors put into this has been wiped out,” he said.

“These victims have been slapped in the face because the United States government told them that we were going to fight for them, that we were going to hold people accountable for the crimes that they committed.”Dickinson said Blackwater contractors routinely did not follow the rules of engagement in Iraq, shooting indiscriminately into cars and buildings and frequently disrespecting locals. For many Iraqis, it was difficult to differentiate between the US army and private contractors. 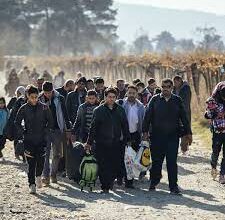 Iran controls Syrian economy, taking advantage of Caesar and the absence of Arab and international support

US Senate votes to limit Trump’s war powers against Iran 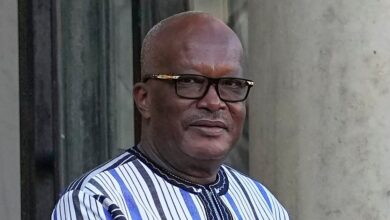