An Iranian official has called US President Donald Trump “more dangerous than coronavirus” saying moves to block vital medical supplies to fight coronavirus from reaching Iran was tantamount to crimes against humanity.

“The sanction on health items is an illegal and inhumane act and a symbol of Trump’s open hostility to the Iranian people,” Shamkhani wrote in a tweet on Sunday.
‘We’d love to meet’

Trump on Friday said he would have a “moral responsibility” to help Iran in its fight against the coronavirus pandemic if leaders of the country asked for assistance.

“Well they haven’t even asked us to do that,” said Trump when asked if the United States would consider easing sanctions on Iran in light of the global outbreak.
Under the deal – reached between Iran, the US, the European Union, China, France, Russia, the United Kingdom and Germany in 2015 – Tehran promised to curtail its nuclear ambitions in exchange for sanctions relief.

Over the last month, as the virus spread rapidly in Iran, the US repeatedly tightened sanctions designed to choke off Tehran’s crucial oil exports.

On March 26, the Trump administration imposed new sanctions on 20 Iranian people and companies accused of supporting a Shia militia in Iraq, which is believed to be responsible for attacks on bases where US forces are located. 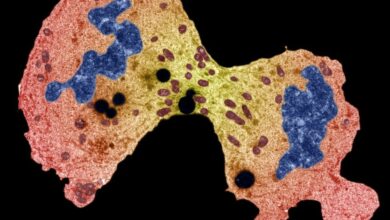