The impeachment trial of United States President Donald Trump began in earnest on Tuesday as Senate Republicans and Democrats remained divided over the law and important procedural issues.

The first business to be addressed is a resolution on the rules that govern the trial. Late on Monday, Senate Majority Leader Mitch McConnell presented his resolution, which would have allowed House managers, who work as prosecutors, up to 24 hours over the course of two days to present their case. Trump’s defence team would have had the same amount of time. Following opposition by Democrats and some Republicans, however, McConnell presented an amended resolution on Tuesday that would allow 24 hours of arguments over three days by each side.

The opening arguments would be following by 16 hours of questions and answers from Senators before four hours of debate.

“It’s clear Senator McConnell is hell-bent on making it much more difficult to get witnesses and documents and intent on rushing the trial through,” Schumer said on Monday “On something as important as impeachment, Senator McConnell’s resolution is nothing short of a national disgrace.”

He promised to propose amendments to the resolution, but with Republicans holding a 53-47 majority, their preferred rules package is expected to pass.

Trump’s team urges Senate to reject articles
Trump was impeached by the House of Representatives last month for abuse of power related to his dealings with Ukraine and obstruction of Congress for refusing to participate in the impeachment inquiry. Trump has denied any wrongdoing and labelled the impeachment trial a “hoax”. He is in the Swiss city of Davos this week for an annual four-day gathering of the World Economic Forum.

The president’s lawyers on Monday filed a memorandum, arguing the articles of impeachment should be rejected as “an affront to the Constitution and our democratic institutions”.

“The Articles themselves – and the rigged process that brought them here – are a brazenly political act by House Democrats that must be rejected,” the lawyers said, adding that Trump did not break any laws in his dealings with Ukraine.

Woman killed in attack on pro-Kurdish party office in Turkey More than 300 trapped in Hong Kong building after fire: Report 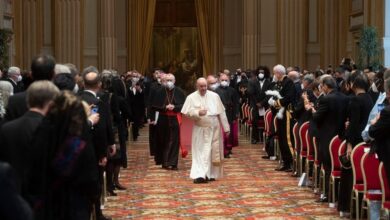