Senators returned to the United States capital on Monday with top congressional leaders still at a deadlock on the rules of President Donald Trump’s impeachment trial.

The Democratic-led House of Representatives impeached Trump last month for obstruction of Congress and abuse of power related to his dealings with Ukraine. Trump denies any wrongdoing, labelling the impeachment process a “sham” and “witch-hunt”.

House Speaker Nancy Pelosi still has not named the House managers who will act as prosecutors. She also must still transmit the articles of impeachment to the Republican-controlled Senate before a trial can take place. She has said she is waiting until there is a guarantee that a fair trial would be held.

Among the sticking points is whether witnesses will be called during the trial. Democrats, led by Chuck Schumer in the Senate, have provided a list of four people to be called as witnesses. Republicans, led by Senate Majority Leader Mitch McConnell, have signalled they want swift proceedings with no witnesses.

Although Trump is expected to be acquitted in a trial, several senators may prove crucial in how the trial gets underway. In addition to McConnell and Schumer, here are 10 senators to watch:

Senator Susan Collins is known as a moderate Republican and could be a swing vote on a rules package for the trial. She said she is “open to witnesses”, but it was “premature to decide who should be called until we see the evidence that is presented”.

Collins is up for re-election this year in Maine, where Hilary Clinton won in the 2016 presidential election.

Collins has also criticised McConnell and other Trump allies, telling local media”it is inappropriate … for senators on either side of the aisle to prejudge the evidence before they have heard what is presented to us”.

Senator Lisa Murkowski is also considered to be a moderate Republican.

The Alaska senator made headlines last month when she said she was “disturbed” when McConnell said he was working in “total coordination” with the White House for the trial.

“To me, it means that we have to take that step back from being hand in glove with the defence, and so I heard what leader McConnell had said, I happened to think that that has further confused the process,” she told local media.

Lisa Murkowski
US Senator Lisa Murkowski speaks at a news conference [File: Leah Millis/Reuters] She said she thought House Democrats should have gone to the court to compel witnesses who refused to testify to appear. But she said how the Senate deals “with witnesses remains to be seen”.

She has not indicated how she will vote on impeachment. She has voted against Republican leaders before, including the confirmation of Trump’s controversial Supreme Court nominee, Brett Kavanaugh.

Tennessee Senator Lamar Alexander is retiring next year. Ahead of the House vote in December, he called Trump’s actions “inappropriate”, but labelled the impeachment inquiry a “mistake”.

“It’s inappropriate for the president to be talking with foreign governments about investigating his political opponents, but impeachment would be a mistake,” he said in a statement in October, according to The Associated Press news agency.

He has also said he wants the trial to be “fair”.

“We have a constitutional responsibility to have a fair trial and be impartial in our decision making and it would help if the two leaders could agree on what the procedure should be,” CNN quoted Alexander as saying in December.

Senator Rand Paul has defended Trump on impeachment, but has also indicated that he may not support a rules package that does not include defence witnesses, including the whistle-blower whose complaint led to the impeachment inquiry.

“I’d advise Republicans not to participate in anything that doesn’t allow defence witnesses,” the Kentucky senator was quoted by the Hill news site as saying in November. 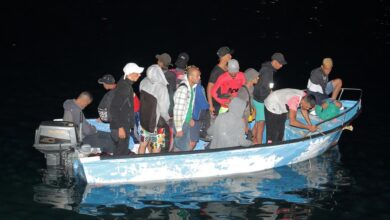