The White House welcomed the US Senate vote to acquit Republican President Donald Trump on Wednesday, calling the impeachment process a “witch hunt … based on a series of lies.”

“Today, the sham impeachment attempt concocted by Democrats ended in the full vindication and exoneration of President Donald J. Trump. As we have said all along, he is not guilty,”the White House press secretary said in a statement. 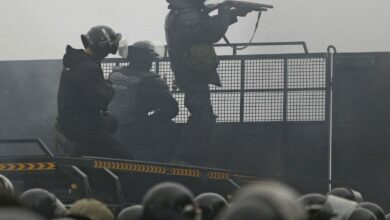