In a reversal from statements he made only a day earlier, United States President Donald Trump on Wednesday said the emergency taskforce handling his administration’s response to the coronavirus outbreak would not be wound down after all and would instead continue its work “indefinitely”.

In a series of tweets, Trump said the taskforce may “add or subtract people” but will remain in place and focus on safely bringing the hard-hit country out of its economic lockdown, as well as on finding a vaccine and other treatments for COVID-19, the disease caused by the coronavirus.

At a White House event honoring National Nurses Day on Wednesday, Trump said he would announce new members of his coronavirus task force by Monday. He added that he thought he would be able to wind down the taskforce sooner, but had no idea how popular it was.

Vice President Mike Pence, who leads the group, told reporters on Tuesday that the taskforce could be wound down within weeks, but Trump’s Wednesday tweets appeared to contradict that assertion.

“I think we’re starting to look at the Memorial Day (May 25) window, early June window” for shutting it down, Pence said on Tuesday. He added that coordination of the response to COVID-19 would be moved on to federal agencies.

Trump, on his first trip outside Washington, DC, in weeks, had on Tuesday defended the timing of the move, saying the US could not be “closed for the next five years”.

“Mike Pence and the taskforce have done a great job,” Trump said during the visit to a mask factory in Arizona. “But we’re now looking at a little bit of a different form and that form is safety and opening and we’ll have a different group probably set up for that.”

He said two leading medical experts who have played prominent roles on the taskforce – Dr Anthony Fauci and Dr Deborah Birx – would stay on as advisers after the group was dismantled.

Fauci, the National Institute of Allergy and Infectious Disease director who has at times openly contradicted Trump’s assertions about the pandemic, has become a lightning rod for scorn from the president’s supporters on the far right.

Before departing the White House, Trump was asked by a reporter why he would allow Fauci to testify next week before a committee of the Republican-controlled US Senate but not the Democratic-majority House of Representatives.

Trump, who had staked his November re-election bid on a robust US economy before the pandemic struck, said Democrats “want us to fail so they can win an election, which they’re not going to win.” He offered no evidence to support his assertions.

The comments by Trump and Pence came as as the former head of the US biomedical research agency filed a whistle-blower complaint, accusing the Trump administration of removing him in part because of his resistance to push a malaria drug championed by Trump.

Dr Rick Bright, former director of the Biomedical Advanced Research and Development Authority, alleges he was reassigned to a lesser role because he resisted political pressure to allow widespread use of hydroxychloroquine. He said the Trump administration wanted to “flood” coronavirus hotspots in New York and New Jersey with the drug.

“I witnessed government leadership rushing blindly into a potentially dangerous situation by bringing in a non-FDA approved chloroquine from Pakistan and India, from facilities that had never been approved by the FDA,” Bright said on Tuesday on a call with reporters.

“Their eagerness to push blindly forward without sufficient data to put this drug into the hands of Americans was alarming to me and my fellow scientists.”

As of Wednesday, the known coronavirus death toll in the US stood at more than 71,000 people, while the number of confirmed infections had surged past 1.2 million.

Debate over how and when to ease restrictions on commerce and social life have grown increasingly politicised ahead of the presidential election in November, with Trump and his Republican supporters agitating to loosen physical distancing measures more swiftly than medical experts deem prudent.

Democratic governors of states hit the hardest by the outbreak have taken a more cautious stance, abiding by advice from public health officials – and guidelines from the White House itself – warning that vastly expanded coronavirus testing and other safeguards needed to be put in place first.

But dozens of US states, many led by Republicans in the south, Midwest and mountain west, have begun in recent weeks to ease stay-at-home orders that have paralysed their economies.

Texas, one of the largest, allowed restaurants, retail stores and shopping malls to resume business on a limited basis last Friday. On Tuesday Governor Greg Abbott, a Republican, announced he was expanding that partial reopening to hair salons, barber shops and nail parlors this Friday, to be followed by fitness clubs and office buildings on May 18, subject to occupancy restrictions and workplace physical distancing. 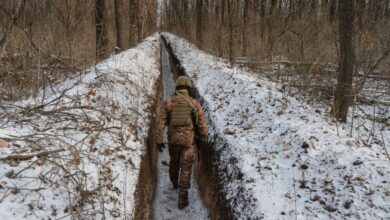