A blimp depicting US President Donald Trump as a snarling, nappy-wearing orange baby has found a home in one of London’s most popular museums.

The helium-filled balloon, originally paid for through crowdfunding, first took to the skies over London during protests against Trump’s visit in 2018 and has flown in other locations including France, Argentina, Ireland and Denmark.

Gladly accepting the donation, the Museum of London said the blimp would join its protest collection, which includes artefacts from the Suffragette movement as well as climate change and peace rallies.

“By collecting the baby blimp, we can mark the wave of feeling that washed over the city that day and capture a particular moment of resistance,” said Sharon Ament, the museum’s director.

“From the Suffragettes of the early 20th century to the anti-austerity marches, free speech and Black Lives Matter most recently – the capital has always been the place to have your say.”

The creators of the blimp said they hoped it served as a reminder of the fight against the “politics of hate”. 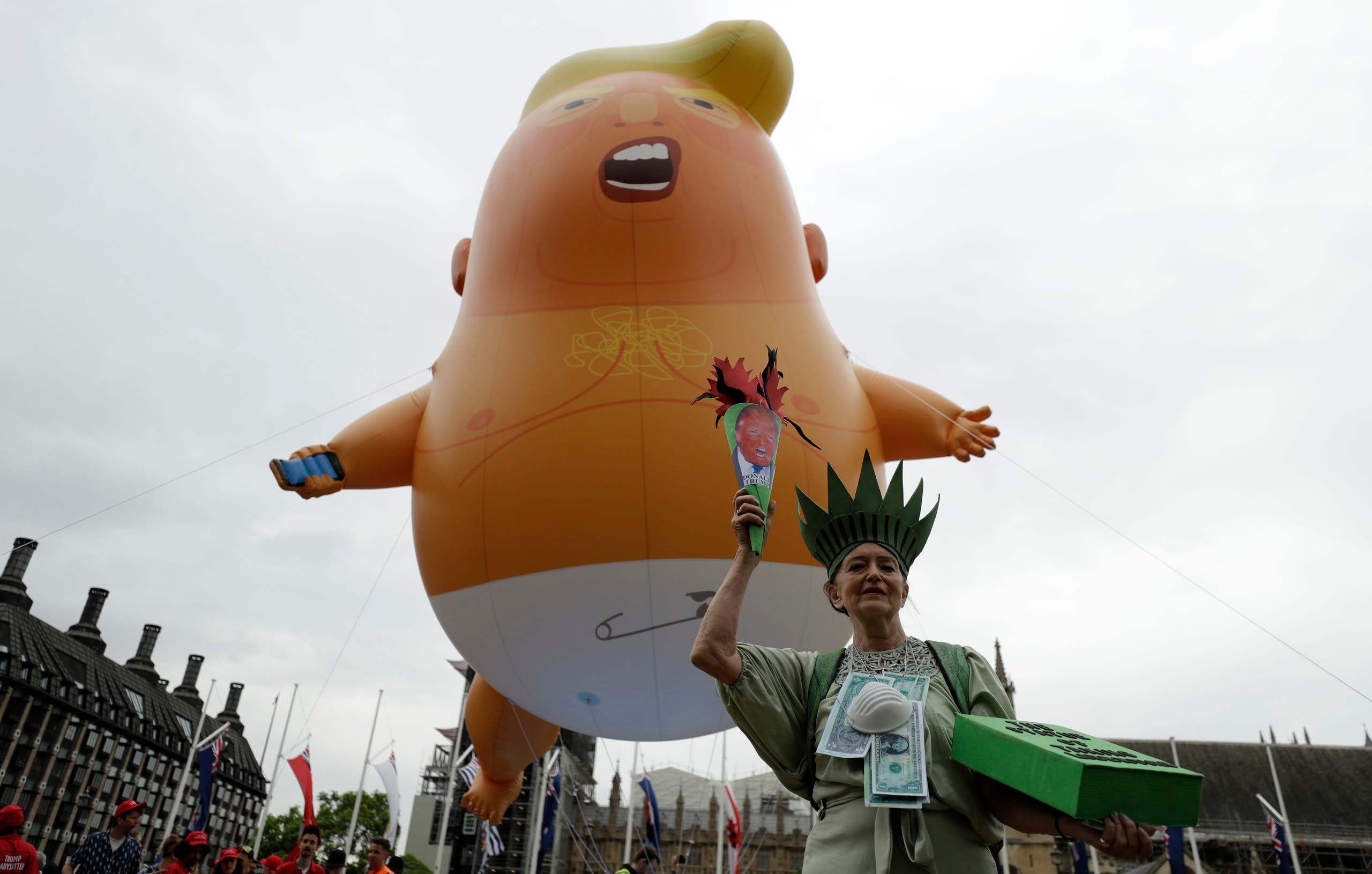 A woman posing as statue of liberty stands next to the ‘Trump Baby’ blimp as people gather to demonstrate against the state visit of President Donald Trump in Parliament Square, central London, Tuesday, June 4, 2019. (AP)

“While we’re pleased that the Trump Baby can now be consigned to history along with the man himself, we’re under no illusions that this is the end of the story,” said the organizers, who include Leo Murray, a climate change activist.

“We hope the baby’s place in the museum will stand as a reminder of when London stood against Trump – but will prompt those who see it to examine how they can continue the fight.”

Trump steps down as president this week, leaving the United States profoundly divided after a tumultuous four years in which he took the country out of a global climate change accord, imposed harsh immigration policies, launched a trade war with China and played down the devastating COVID-19 pandemic.

In Assam, ban on state-run madrassas may force girls to drop out