The Trump administration has charged a Russian national in a sweeping plot to sow distrust in the American political process and imposed sanctions against a Russia-linked Ukrainian lawmaker accused of interfering in the US presidential election.

Those actions on Thursday, combined with a Microsoft announcement on hacking attempts targeting US political campaigns, parties and consultants, underscore the extent to which the same cyber intrusions and foreign influence operations that defined the 2016 White House race remain a persistent concern today.

They also reflect a dichotomy in the administration with officials taking aim at Russian interference in the political process even as President Donald Trump expresses doubt about Russian meddling. In the case of the sanctions, officials denounced audio recordings that had been released by the Ukrainian parliamentarian and promoted by Trump on Twitter.

The criminal charges accuse Artem Mikhaylovich Lifshits of serving as a translation manager in a Russian effort that since at least 2014 has tried to disrupt the political system in the United States and other countries and spread distrust about candidates. Members of the initiative, known as Project Lakhta, traveled to the United States to collect intelligence and operated bogus social media accounts that could pump out messaging to millions of Americans on divisive social issues.

The group operated through entities including the Internet Research Agency, the Russian troll farm charged by special counsel Robert Mueller with stirring up discord before the 2016 election, according to a criminal complaint charging Lifshits with using stolen identities to open fake accounts at banks and digital currency exchanges.

The goal of the department where Lifshits worked was to sow discord, incite civil unrest and polarize Americans with social media posts that touched on hot-button topics including gun rights, immigration, the Confederate flag and race relations, prosecutors say.

“Project Lakhta members did not exclusively adopt one ideological viewpoint; rather, they wrote on topics from varied and sometimes opposing perspectives,” a Secret Service agent wrote in an affidavit supporting the complaint. “Project Lakhta members also developed strategies and guidance to target audiences with conservative and liberal viewpoints, as well as particular social groups.”

The Justice Department complaint does not accuse Lifshits or other Project Lakhta members of promoting a particular presidential candidate in the 2020 race. Many of the social media posts that are referenced were early in Trump’s first term, well before Democrat Joe Biden had emerged as his party’s presidential nominee.
Those include a March 2018 tweet, written by a Project Lakhta member using a bogus account, that said, “Just a friendly reminder to get involved in the 2018 Midterms. They are motivated They hate you They hate your morals They hate your 1A and 2A rights They hate the Police They hate the Military They hate YOUR President.”

But the complaint makes clear that the influence operations have persisted and even seized on contentious current issues like race relations.

Lifshits was one of four people cited on Thursday by the Treasury Department, including Andrii Derkach, a Ukrainian lawmaker who was characterized by the US government as “an active Russian agent” for over a decade. Officials say he has interfered in the 2020 election by releasing edited audio recordings designed to denigrate Biden. 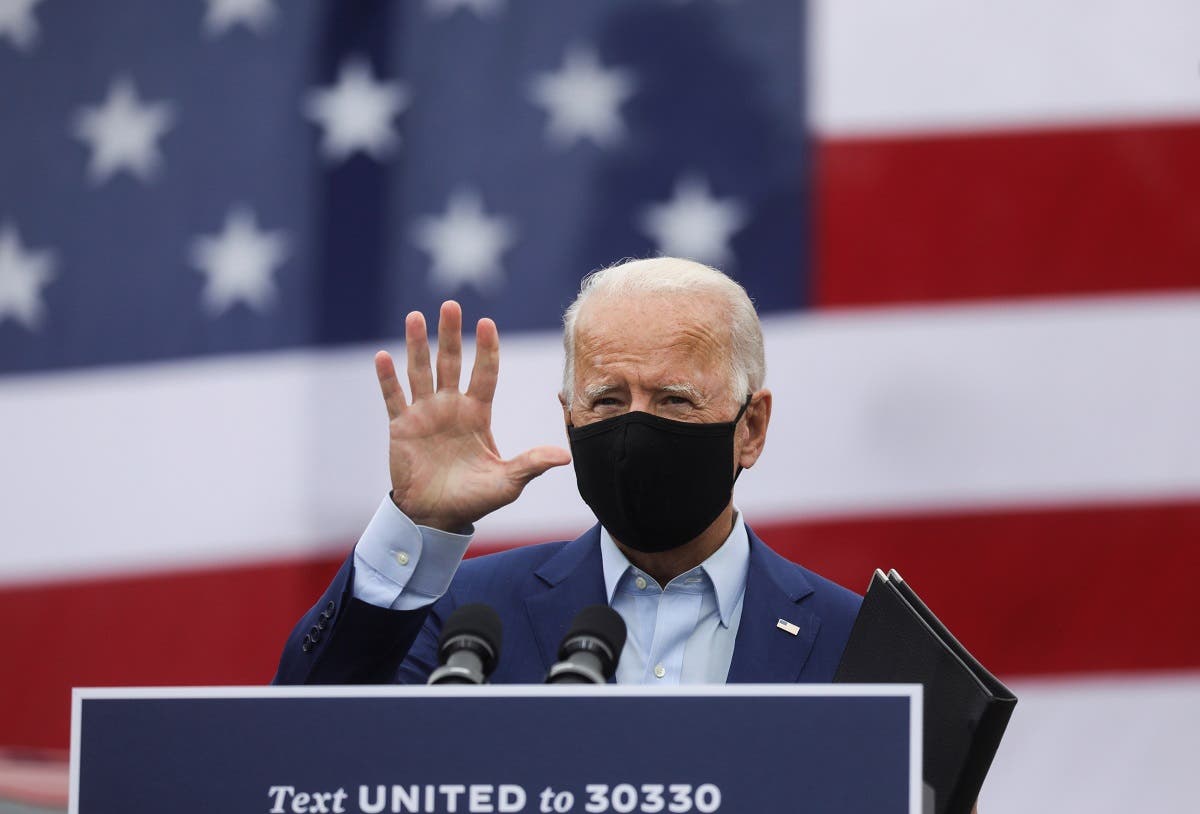 The Treasury Department action is the second time in as many months that the administration has called out Derkach by name. US intelligence officials said in a statement last month that Derkach’s disclosure of the recordings, which capture conversations between Biden and Ukraine’s then-president, were part of a broader Russian effort to disparage Biden before the Nov. 3 election.

The administration’s move was especially notable because the statement announcing it said Derkach’s recordings advance anti-Biden claims that rely on “false and unsubstantiated narratives.” Trump has promoted those recordings by retweeting posts that include or reference them.

“Derkach almost certainly targeted the US voting populace, prominent US persons, and members of the US government, based on his reliance on US platforms, English-language documents and videos, and pro-Russian lobbyists in the United States used to propagate his claims,” the Treasury Department said in designating Derkach and three other Russia-linked individuals under an executive order designed to target election interference.

Derkach is a graduate of a Russian spy academy who, the Treasury Department says, maintains close ties to Russian intelligence services.

“Andrii Derkach and other Russian agents employ manipulation and deceit to attempt to influence elections in the United States and elsewhere around the world,” Treasury Secretary Steven Mnuchin said in a statement. “The United States will continue to use all the tools at its disposal to counter these Russian disinformation campaigns and uphold the integrity of our election system.”

In May, Derkach released audio recordings of purported conversations between Biden, while vice president, and Ukraine’s former president, Petro Poroshenko. The release was intended to promote a baseless narrative that Biden had demanded the firing of Ukraine’s top prosecutor because the prosecutor was investigating a gas company in Ukraine where Biden’s son Hunter held a board seat.

Biden was representing the official position of the Obama administration and many Western allies in seeking the removal of the prosecutor who was perceived as soft on corruption.

The other three people who were sanctioned are connected to the IRA.

Also on Thursday, Microsoft said that the same Russian military intelligence outfit that hacked the Democrats in 2016 has attempted similar intrusions into the computer systems of more than 200 organizations, including political parties and consultants. Most of the infiltration attempts by Russian, Chinese and Iranian agents were halted by Microsoft security software and the targets notified.

9th US Democratic debate: What you need to know