Hundreds of truckers clogging the streets of Ottawa in a protest against the country’s COVID-19 restrictions braced for a possible police crackdown Thursday, nearly three weeks into the siege that has shaken Canada’s reputation for civility and rule-following.

Work crews in the capital began erecting fences outside Parliament, and police appeared to be out on the streets in greater numbers than usual in the morning.

Ottawa represented the self-styled Freedom Convoy’s last stronghold after weeks of demonstrations and blockades that shut down border crossings into the US, inflicted economic damage on both countries and created a political crisis for Canadian Prime Minister Justin Trudeau.

Trudeau was scheduled to address Parliament on Thursday morning, not far from where the protesters were parked.

On Wednesday, Ottawa police handed out leaflets warning the truckers to leave immediately or face arrest and other sanctions, and the city’s police chief declared his intention to break up the protest and take back downtown “in the coming days.” But many of the protesters reacted to the warnings with scorn.

“We want the mandates over for the whole country. End the mandates,” one of the protest leaders, Pat King, said outside the prime minister’s office Thursday morning. As for the rigs parked bumper-to-bumper, he said: “There’s no tow trucks in Canada that will touch them.”

King warned his fellow protesters at daybreak that police were about to move. “It’s going down,” he said in a Facebook video. “Truckers, get up. Get on your radios. Get on your horns. One long blast. Let’s go, guys.”

The warnings from police came two days after Trudeau invoked Canada’s Emergencies Act, empowering law enforcement authorities to declare the blockades illegal, tow away trucks and punish the drivers by arresting them, freezing their bank accounts and suspending their licenses.

Since late January, protesters in trucks, tractors and motor homes have jammed the streets of the capital and obstructed border crossings. The demonstrations initially focused on Canada’s vaccine requirement for truckers entering the country but soon morphed into a broad attack on COVID-19 precautions and Trudeau’s government.

The protests around the country have drawn support from right-wing extremists and military veterans, and authorities hesitated for weeks to move against them, in part out of fear of violence.

As of Tuesday, Ottawa officials said 360 vehicles remained involved in the blockade in the city’s core, down from a high of roughly 4,000. The occupation has infuriated many Ottawa residents, who have complained of being harassed and intimidated. 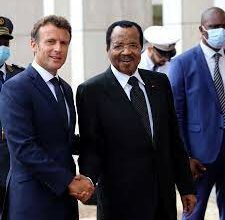