A truck bomb exploded at a busy security checkpoint in Somalia’s capital Saturday morning, killing at least 61 people, the director of an ambulance service in Mogadishu said. It was one of the deadliest attacks in Mogadishu in recent memory.

The toll was likely to rise as scores of people were rushed to hospitals, government spokesman Ismail Mukhtar told The Associated Press. Mayor Omar Mohamud Mohamed, speaking at the scene, said at least 90 people were wounded, including children.

The mayor said two Turkish nationals and many university students were among those killed.

Capt. Mohamed Hussein said the blast targeted a tax collection center during the morning rush hour as Somalia returned to work after its weekend. Images from the scene showed the mangled frames of vehicles and bodies lying on the ground.

A large black plume of smoke rose above the capital.

There was no immediate claim of responsibility for the blast. ‘Down with the dictatorship’: Protests continue in Haiti Kamala Harris says US and Poland ‘united’ after jets controversy 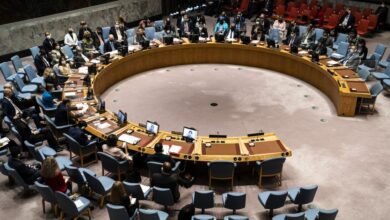