Tributes have been paid to a world-renowned neuroscientist and University of Oxford professor.

The university professor and scientist specialised in vision and the development of the brain.

He once told the BBC: “There were times I was shocked by what happened to me – razor blades in envelopes, bombs, threats against my kids – but I never doubted the principle of public engagement.

“It is important for science to be in the public arena including the difficult things such as animal research, climate change or stem cells.”

He was knighted in 2014 for his research and for communicating the importance of often controversial science.

David Paterson, head of the Department of Physiology, Anatomy and Genetics at the university, described him as “passionate” and “profoundly influential”.

He said he “significantly contributed to our understanding of vision, and how the brain develops and adapts”.

Andrew King, Wellcome principal research fellow and director of the Centre for Integrative Neuroscience, said he was “spellbound” by Sir Colin’s lectures.

He said: “His remarkable ability to communicate science… and to publicly and bravely address issues like the need for using animals in medical research also made him stand out.”

Humanists UK, of which Sir Colin was patron, said: “His career was not without controversy… but he was always courageous in the pursuit of scientific progress, even when faced with violent opposition. 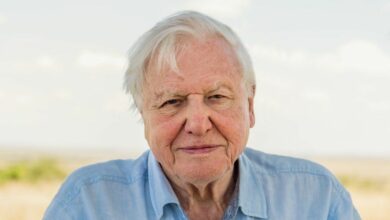 Sir David Attenborough named Champion of the Earth by UN

New Sentinel satellites to check the pulse of Earth