Over the course of more than three decades, Arab countries fell prey to terrorist operations, and hundreds or even thousands of innocent victims fell everywhere, with car bombs, explosive belts, and assassinations that reached scholars, thinkers, media professionals, statesmen, and decision-makers.

These terrorist operations and strikes extended from the Gulf countries to Syria, Nile and reached the Arab Maghreb, in other words, sending messages that excluded anyone, and lost lives of children and the elderly.

Despite the fact that terrorism in all Arab countries is extended and interconnected with each other, but each of the Arab countries individually indulged in trying to deal with this file, and moved away from coordination at the beginning, to exhaust its public treasury and prefer spending and covering the costs of fighting terrorism over development, fighting poverty, unemployment, Famine and the spread of social justice.

What made matters worse for God is that large regional countries, which do not harbor the good and progress of Arab societies, are the ones who put poison on the Arab plate, and support terrorist groups and organizations, so the Arab and Muslim citizen has become labeled as terrorism despite the denunciations presented by his governments every morning and sunset.

These countries began to support Al Tawheed and Jihad of the Al-Qaeda organization, before it became the reference for ISIS, and its goal was to distract the Americans in Iraq and plunge them into a deep swamp, for fear of being paid attention to, then matters developed during the years of the Arab Spring, and Syria became the pilgrimage of terrorists, and regional countries exploited It supported them secretly with money, weapons and information, despite the fact that it claimed to fight them and entered into international alliances to confront them.

To confront enormous human and human losses and the great devastation caused by this terrorist wave, and after it settled somewhat, especially in Syria and Libya, the countries of the region must quickly turn to re-search and scrutinize the map of these organizations by uniting Arab and Islamic efforts, and using international efforts to reach To zeroing out extremism and terrorism in the Arab countries, and liquidating pockets of terror, extremism, killing and destroying wages.

There is nothing wrong with proposing the establishment of forums and conferences with the participation of politicians, security and experts, with the participation of the Arab League and the Organization of the Islamic Conference, in order to develop a comprehensive and integrated a road map plan , to besiege the pockets of terrorism that spread in our Arab lands, and most importantly, work to punish and boycott the countries that support these groups, as well as unify efforts and exchange information to besiege extremists and wage earners, in a broad step to cross into more development, reconstruction and prosperity. 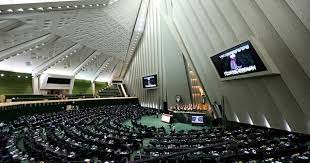