Tourists are flocking to the one of its kind Igloo Cafe in Indian-administered Kashmir, giving a ray of hope for the revival of tourism in the conflict-hit disputed region.

The new attraction inside an igloo in Gulmarg, a popular skiing destination in the region, serves hot food and tea on tables made of snow.

Syed Waseem Shah, a hotelier, took inspiration for the cafe located outside his Kolahoi Green Heights hotel from Iglu-Dorf, an igloo village with hotels and restaurants in Zermatt, Switzerland.

“It is in the Guinness Book of World Records. The igloo there was 42 feet wide, and it really amazed me. I wanted to build a similar one here, and this winter I finally did it,” he told Anadolu Agency.

Shah explained that the cafe took around 15 days and 20 workers to build, and sees about 500 visitors each day. “We started on Jan. 25, and are hopeful to continue till March 5, if weather conditions remain cold,” he said.

Besides the ongoing conflict, the coronavirus pandemic has had a devastating impact on Kashmir’s once-booming tourism sector.

Since Aug. 5, 2019, when India scrapped its limited autonomy, the footfall of tourists in the region dropped by nearly 80%, the lowest in 10 years, according to a report by the Kashmir Chamber of Commerce and Industries. It resulted in a loss of $5.3 billion, and cut jobs of nearly 500,000 people.

High-speed internet also remains blocked, creating difficulties for people from all professions from doctors to students and small businessmen.

Sheikh Ashiq Hussain, the chamber’s president, told Anadolu Agency that he is hopeful for a better season this year, however. “But the main issue for tourists is poor internet connectivity,” he lamented. “We have raised it with the government but to no avail. They say there are ‘security concerns,’ but how will we revive the tourism sector if security issues persist?”

The success of the unique establishment calls for government support to attract more tourists.

“Official initiatives such as organizing snow festivals and traditional exhibitions should be taken but unfortunately nothing of that sort is happening,” he said. “People will not only come here to see snowfall and greenery, but to know our culture, traditions, and enjoy the food as well.”

Kashmir is held by India and Pakistan in parts but claimed by both in full. Since they were partitioned in 1947, the two countries have fought three wars, two of them over Kashmir.

Some Kashmiri groups have also been fighting against Indian rule for independence, or unification with neighboring Pakistan. 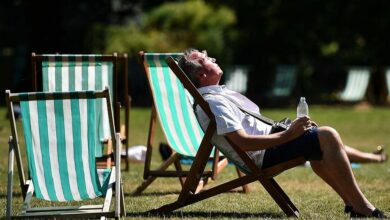 Christians in The UAE Are in For a Subdued Easter