Egyptian artist Mohamed Ramadan has teased the preparations for his upcoming concert, scheduled to be held next Friday, August 20, in the North Coast, by posting a picture with his fans behind the scenes.

While concert goers are rushing to buy tickets for the concert, Mohamed Ramadan is facing a lawsuit demanding the cancellation of the concert.

Lawyer Ayman Mahfouz has filed a case against Ramadan, because of a previous announcement he made on Instagram, when Ramadan revealed that he will be collaborating with Italian actor Michele Morrone in his upcoming music video.

As a result, Ayman Mahfouz addressed the Egyptian Attorney General, with a statement calling for the suspension of Mohamed Ramadan’s concert.

‘There is an irrational silence from the Syndicate of Musical Professions, towards the announcement of a concert by the artist, Mohamed Ramadan, on the northern coast, with the participation of an Italian singer,’ the statement began. 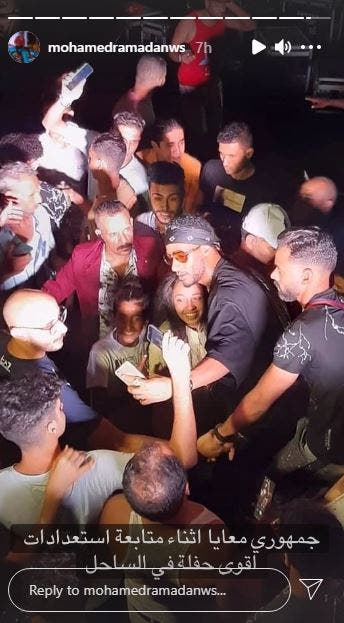 Ayman Mahfouz concluded his statement by asking: ‘Does Mohamed Ramadan have his own law that makes him challenge institutions and laws in Egypt?’ 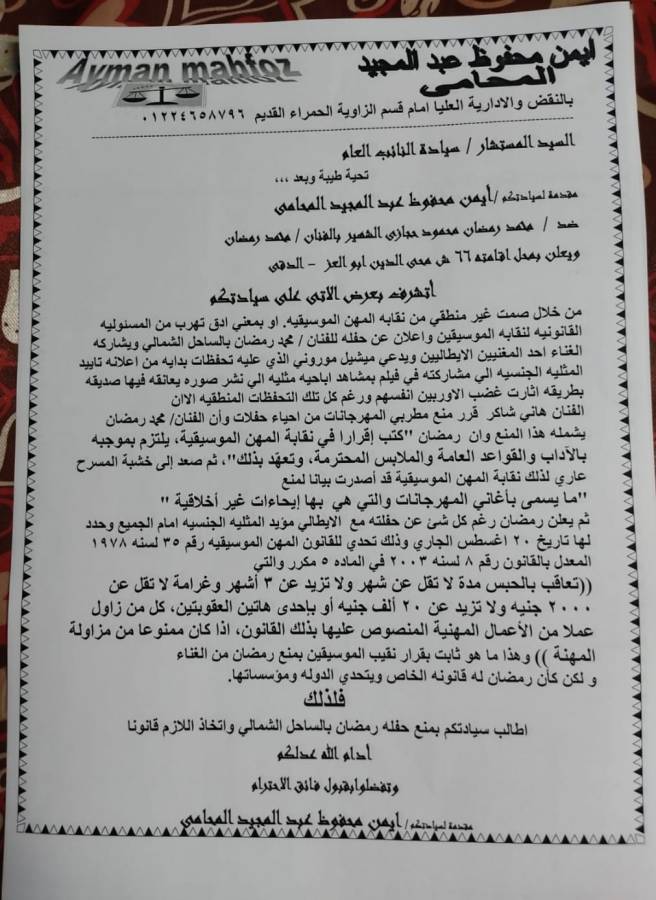 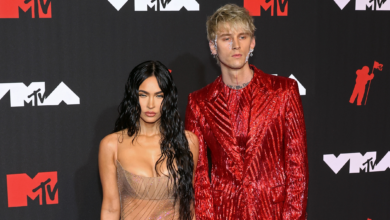