Trevelyan, in Baltimore for two days of meetings with US Trade Representative Katherine Tai, said on Monday that the two sides were making good progress in the steel talks, which are led by Raimondo’s Commerce Department.

One of the sources, who was not authorized to speak publicly, said Trevelyan and Raimondo were expected to seal a deal on the tariffs during their meeting.

Under the agreement, the United States would remove tariffs on British steel and aluminum exports put in place under then-President Donald Trump, the Daily Mail reported late Monday. In exchange, Britain would drop retaliatory tariffs on American brands such as Harley-Davidson.

Representatives for the US Department of Commerce could not immediately be reached for comment.

A spokesperson for the British government said the two sides had been working “at pace” to resolve the longstanding irritant in US-British relations, and confirmed that Trevelyan and Raimondo would meet on the issue later Tuesday.

“We are optimistic that a deal could be reached soon,” the spokesperson said.

A spokesman for Prime Minister Boris Johnson said Trevelyan would give an update after her talks on Tuesday.

In an interview with the Daily Mail published late on Monday, Trevelyan was quoted as saying she believed a deal on the tariffs could pave the way for resumption of formal negotiations on a free trade agreement that were put on ice when President Joe Biden took office in January 2021.

She said there had “definitely” been a change of approach from Biden and that his administration was interested in the idea.

They said the talks also will cover the UK’s 25 percent retaliatory tariffs on US products, which include whiskey, motorcycles, blue jeans and tobacco.

Britain is keen to negotiate duty-free access to American steel and aluminum markets similar to that granted by Washington to the European Union on Jan. 1 as part of a quota deal reached last October that took six months to negotiate.

The US metals tariffs – 25 percent on steel and 10 percent on aluminum – were first imposed in March 2018 by the Trump administration under the Section 232 national security law to protect US producers from subsidized imports.

US steelmakers worry that American negotiations with Britain and similar talks with Japan will further drive up imports, which jumped nearly 50 percent last year. 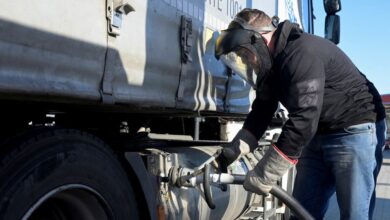 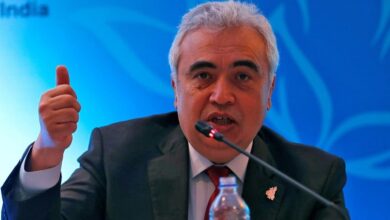