The delegation, led by Foreign Minister Amir Khan Muttaqi, will meet with the EU delegation in Doha, diplomatic missions and officials from Gulf countries, the Taliban’s Foreign Ministry said on Twitter.

Their arrival in Doha was confirmed by international sources including a spokesman for the British government, and the trip comes as Afghanistan’s aid-starved economy sinks deeper into an unprecedented crisis.

The latest bid to unlock aid follows meetings in Oslo late last month between representatives of the Taliban and governments that heavily bankrolled Afghanistan’s previous government, which imploded in the face of a Taliban military offensive in mid-August.

The Taliban government has yet to gain formal recognition from any country and the UN says that half of Afghanistan’s 38 million people face food shortages.

But while Muttaqi told AFP in an interview early this month that the Taliban are inching closer to international recognition, his delegation is again expected to face demands to improve human – and especially women’s – rights in the Doha talks, set to begin on Monday.

“UK officials continue to engage in pragmatic dialogue with the Taliban to fulfil our commitment to help and support the Afghan people,” a British government spokesman in Doha told AFP.

“We continue to make clear to the Taliban our serious concerns about human rights – in particular, those of women and girls – and did so most recently on a visit to Kabul by UK officials on February 10 which included a meeting with Mr Muttaqi.”

Taliban officials also met with aid groups and charities in Geneva last week in a bid to secure aid. 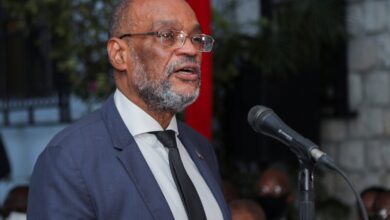