Israel should expect more attacks on its interests in the future, the chief of staff of Iran’s armed forces warned, days after a rocket launched from Syria landed near an Israeli nuclear reactor.

Mohammad Bagheri said on Sunday Israel believes it can hit targets on Syrian soil and launch attacks at sea without repercussions.

“Certainly efforts undertaken in recent days and efforts in the future that will endanger their interests will bring them to their senses, and the future of the resistance front is bright,” he told reporters.

Bagheri said he had no comment on who was behind recent attacks, but added he was confident “the resistance front will give the Zionists a fundamental response”.

The commander’s comments come amid months of increased tensions between Iran and Israel, which has openly opposed talks in Vienna to restore Iran’s 2015 nuclear deal with world powers that would see harsh United States sanctions lifted.The two foes have engaged in tit-for-tat moves across the region on land and sea that intensified after a sabotage at Iran’s main nuclear facilities in Natanz earlier this month which led to a blackout and damaged a number of centrifuges. Iran blamed Israel and vowed “revenge”.

Asked how Iran will respond if Israel continues to attack its interests, Bagheri on Sunday did not comment on the nature of the Iranian response, but said “the Zionist regime will not rest easy”.

An oil tanker was targeted by a suspected drone attack late Saturday close to a refinery in Syria. Iran’s semi-official Tasnim news agency, which has ties to the Islamic Revolutionary Guard Corps, denied reports the ship was Iranian.

Iranian media widely covered a missile that was launched earlier this week from Syria and targeted an area near Dimona, where an Israeli nuclear reactor is located, triggering air raid sirens. Israel launched attacks on Syrian soil in response. Our historic movement to Make America Great Again has only just begun: Trump US is ‘going to take care of’ suspected Chinese spy balloon: Biden 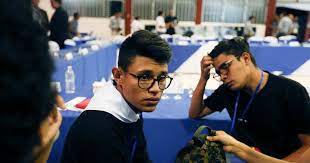