Time’s editor-in-chief Edward Felsenthal says Biden and Harris won the honour for “changing the American story, for showing that the forces of empathy are greater than the furies of division, for sharing a vision of healing in a grieving world.”

Felsenthal notes, “Every elected President since FDR has at some point during his term been a Person of the Year, nearly a dozen of those in a presidential election year. This is the first time we have included a Vice President.”

The magazine announced the honour for the seven-member K-pop boy band on Thursday.

The magazine cited BTS’ massive global presence amid the pandemic, including leveraging their massive fan base to support causes like Black Lives Matter.

The group has become a staple of recent awards shows, performing their flashy No. 1 hit “Dynamite.”

The song in November brought BTS its first Grammy nomination.

“There are times when I’m still taken aback by all the unimaginable things that are happening,” BTS member Suga told Time for an interview that accompanied the announcement.

Time Executive Editor Ben Goldberger in an interview with The Associated Press on Thursday credited the relationship between the group and its fans for transcending Covid-19.

“The communal experience of watching a show, being at a concert, it just dissipated out of thin air and BTS managed to forge a really rich connection with their audience around the world in spite of these barriers which fell many, many other acts,” he said.

Time also announced Thursday the selection of Los Angeles Lakers star LeBron James as its Athlete of the Year.

“He is the greatest basketball player of his generation, arguably of any generation. And he won a fourth title this year. That’s no small thing, but his true influence was what he did off of the court,” said Goldberger.

“LeBron has had a remarkable influence across activism for athletes around the world.”

In Shock: Couple Wake up to a Crocodile in Their Swimming Pool

Turkey’s Patara Has All The Trappings of a Roman City 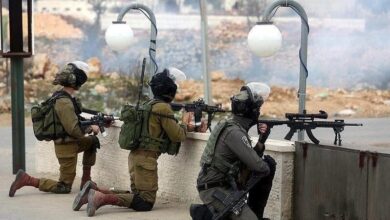